A Female Doctor Who? It's About Timey Wimey

The Doctor has been on the air since 1963. He has traveled the universe from Gallifrey to Earth and nearly everywhere in between. Thanks to his regenerative powers, the Time Lord has worn 12 different faces over the course of his estimated 2,000 years gallivanting across the universe, but one thing he has never regenerated as is a woman. Until now.

The BBC just announced that the 13th doctor will be played by Jodie Whittaker, an actress best known for her work in the British crime drama Broadchurch where, perhaps tellingly, she played opposite David Tennant, who was Doctor Who‘s 10th doctor. For many fans, when it comes to a female Doctor, it’s about timey wimey.

Whittaker will succeed Peter Capaldi, who took the role in 2013 amid a bit of an outcry from fans who have long been awaiting the Doctor to regenerate as a woman or a person of color. After all, if the Doctor has the power to regenerate in the first place, why would he only regenerate as a white male who speaks with a British or Scottish accent? Showrunner Steven Moffatt was having none of it, though, because he only had eyes for Capaldi and didn’t want to even consider anyone else, male or female. Back in 2015, he told Salon that he simply wanted to cast whoever would work best in the role, which he saw as the white, male Capaldi, but claimed at the time that he was open to other iterations of the Doctor in the future. He also cast Pearl Mackie as Bill, a black, gay character that played the Doctor’s new companion.

While fans have slowly warmed up to Capaldi, he is leaving the long-running series during this year’s Christmas special and will hand over the keys to the TARDIS, his police-box time machine, to Whittaker, who will suddenly be at the center of one of the most famous sci-fi shows in television history.

“It’s more than an honor to play the Doctor,” Whittaker told BBC. “It means remembering everyone I used to be, while stepping forward to embrace everything the Doctor stands for: hope. I can’t wait.”

The news, which was announced in a trailer after the Wimbledon men’s singles final, is particularly surprising to fans because the British press reported that the BBC had “currently no plans” for a female Doctor. Instead, the press was batting around names like Kris Marshall (Love Actually) and Tom Rosenthal (Plebs), both white men, as well as David Harewood, who played David Estes on Homeland, and who, as a black man, would have been a change from the Doctor’s long history.

But it turns out that was all a bit of a ruse, though, as Chris Chibnall, the show’s new head writer and executive producer who is taking over the reins from David Moffatt, apparently always wanted the new Doctor to be a woman. “I always knew I wanted the Thirteenth Doctor to be a woman,” he said in a press release, calling Whittaker the show’s number one choice. “Her audition for The Doctor simply blew us all away. Jodie is an in-demand, funny, inspiring, super-smart force of nature and will bring loads of wit, strength and warmth to the role. The Thirteenth Doctor is on her way.”

Capaldi is happy to hand his sonic screwdriver over to Whittaker, too. “Anyone who has seen Jodie Whittaker’s work will know that she is a wonderful actress of great individuality and charm. She has above all the huge heart to play this most special part. She’s going to be a fantastic Doctor,” he said.

The fact that the Doctor is now a woman, raises all sort of exciting questions, like will she have a male companion who randomly wears skimpy clothing? Will she be a lesbian and have a strangely intimate will they-or-won’t they relationship with Bill? Can the Doctor get pregnant? Or will she simply continue to answer the universe’s distress calls, solving whatever problem is thrown her way with simply her wits and a sonic screwdriver?

For many fans, it’s an exciting change that will make the show even more relatable (as much as one can relate to an ancient time-traveling Good Samaritan). However, there will undoubtedly be some complaints from fans who can only envision the Doctor as a white male with a British accent, as the Doctor himself might say, “The universe is big. It’s vast and complicated and ridiculous. And sometimes, very rarely, impossible things just happen and we call them miracles.” In that context, it’s not all that surprising that the Doctor would regenerate as a woman, particularly when his regenerative power just might be nearly used up as hinted in past episodes. Just call it a miracle that the Doctor can still regenerate at all. In other words, as the Doctor said way back in the beginning, “This is who I am, right here, right now, all right? All that counts is here and now, and this is me!” 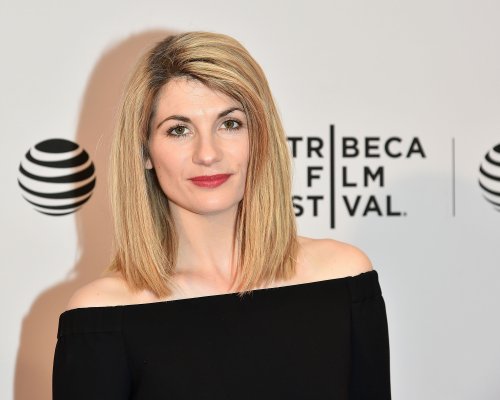 Jodie Whittaker Will Be the First Female Star of Doctor Who
Next Up: Editor's Pick