After sharing the stage with George W. Bush at the Presidential Leadership Scholars graduation ceremony in Dallas, Texas, on Thursday, Bill Clinton showed off his sense of humor by posing for a photo between statues of Bush and his father, George H.W. Bush.

The shot of Clinton peeking out from between the stone likenesses of his successor and predecessor at the George W. Bush Presidential Center quickly went viral after it was shared on Twitter by user Yashar Ali, garnering more than 40,000 likes and 9,000 retweets in less than 24 hours.

Clinton has long been a close friend of the Bush family — despite defeating George H.W.’s bid for re-election in the 1992 election. “It was a natural ability to respect and like each other,” George W. reportedly said of his friendship with Clinton during the Thursday chat. “Because he’s called a brother with a different mother.”

See some of the best reactions to the picture below. 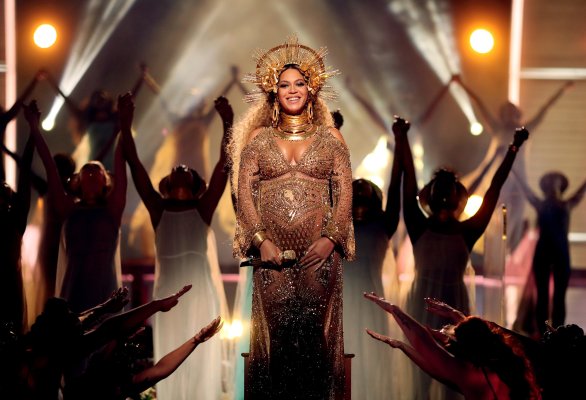 Celebrities React Accordingly to the First Picture of Beyoncé and Jay-Z's Twins
Next Up: Editor's Pick