My Husband Shot Me

In many ways, we were the last family you would expect to be torn apart by gun violence. We lived in an upscale suburban neighborhood outside of Richmond, Va.: mom, dad, 12-year-old daughter, nine-year-old son. My husband and I had been married for 21 years, went to church on Sundays and voted Republican. We were a typical American success story — until 2009, when my husband shot me.

Nobody outside our family knew, but over the years, my husband had begun to change. He had become controlling, verbally abusive and manipulative. He isolated me and told our friends I was mentally ill, that I had problems and my spending was out of control.

He had insisted throughout our marriage that the collection of five to six shotguns and handguns he kept in the house were for our protection, in case an intruder ever tried to harm us. He was a hunter and had purchased all of them legally. I’d never had an issue with my husband’s guns until he first threatened me, when I took a stand against his bullying after our son was born. “If you try and mess with my life or leave me, I’ll put a bullet through your head,” he said. I believed him.

As my son grew up, he started to emulate my husband’s mean behaviors and repeat things he heard his father say to me. My daughter told me she thought the only emotion men could feel was rage. I worried I was setting up my children to recreate this dynamic in their own relationships — his dominance and bullying, my withdrawal and compliance — so I finally told my husband I wanted a divorce. His response: He’d make sure I never saw our kids again. Still, he promised to move out. But instead of following through, he began stalking me, online and in person, reading my email and showing up everywhere I went. He escalated his smear campaign against me, intent to portray me as unbalanced so he could gain full custody. He controlled me through my fear that he could become their primary parent.

One night, weeks after I told him I wanted to divorce, I came into the bedroom and found my husband loading bullets into a handgun. My first fear was for him — I worried he was going to kill himself. Then I told him that if he didn’t move out, I would. Meanwhile, at my insistence, he removed all the guns from our house. Except for one, but I didn’t know it at the time.

A few days later, we had eight children at our house for my son’s 10th birthday — an occasion I wanted to keep as normal and celebratory as I could. My husband was eerily quiet that day. I remember noticing how aloof he was, such a contrast to the aggressive behavior I’d seen in the prior weeks. I sensed in my gut that something off, that something was going to happen, but I couldn’t imagine what. I decided I needed to leave that week.

The morning after the party, I went to church while he stayed home. He told me he was planning to go to his sister’s; our kids were still sleeping, so I asked him to watch over them until I was due back. But when I got home, he was still there. While I was changing out of my church clothes, he came into the bedroom with a towel over his arm. The towel fell away as he raised his arm, pointed a gun at my head, and pulled the trigger as he said he loved me too much to live without me.

The rest is a blur. I ran and screamed at the kids to get out of the house. I remember my daughter asking what was happening. In the hospital, the trauma team found I had two collapsed lungs, my heart had been nicked and my diaphragm shattered. He’d shot me three times before killing himself. Seven years and four surgeries later, I’m still recovering. One of the bullets is still lodged in my liver. My children, who faced the terror of being told their father had died and their mother was likely to, suffer from PTSD alongside me.

My husband’s funeral was well attended. The news stories created an image of a good man who snapped. But I knew it had been building. And I knew that without a gun, it wouldn’t have happened. And while I demanded he rid our home of them all, I had no means to legally restrict his access.

The NRA has long espoused gun ownership as a means of protecting oneself from a criminal or intruder — something I know from personal experience to be preposterous. When my husband shot me, there was no time for self-defense. And the notion that abused women should carry guns to protect themselves only furthers this point — when a gun is involved, a woman in a domestic violence situation is five times more likely to be killed. That on top of the fact that women in the U.S. are already 16 times more likely to be killed by guns than women in other developed countries.

Wayne LaPierre, the NRA’s executive vice president, once said, “The only thing that stops a bad guy with a gun is a good guy with a gun.” My husband, in the eyes of those around us, was considered a “good guy.” But all he achieved with his gun was destruction.

Today, I’m recovering from my most recent surgery and unable to march. But I stand with everyone who joins the Women’s March from the NRA headquarters to the Department of Justice and calls for gun control. Families should be safe from guns. No woman should have to fear for her life, or the lives of her children, when an abusive person legally owns a gun — particularly one in her own home.

Lisette Johnson is a domestic gun violence survivor and a member of MomsRising. 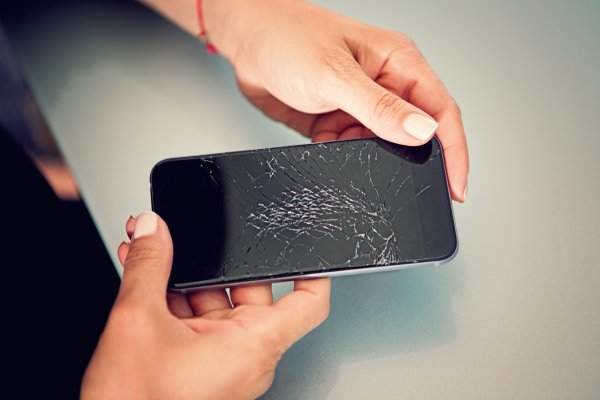 Why You Need to Unplug After Work
Next Up: Editor's Pick