As long as there have been countries, there have been border disputes. Some get more attention than others; think Russia-Ukraine, or India-Pakistan. But certain disputes have been popping back up in the news recently. Here’s a few you should know about:

You wouldn’t want to see these two countries go to war, given their nuclear weapons and combined population of 2.7 billion people. China’s move to build a road through a disputed area in the Himalayas a couple of weeks ago set off a string of military escalations and left 3,000 Indian and Chinese troops (each) staring each other down. The road runs through disputed territory in trying-to-mind-its-own-business Bhutan—but given that Beijing has no formal diplomatic ties to the small country, the Bhutanese government raised the alarm. India, which Bhutan relies on when it comes to military matters and is equally concerned as the road cuts uncomfortably close to India’s border, answered by sending troops into Chinese-claimed territory.

Given the remoteness of the area, it’s unlikely that this will be the match that lights the fuse on the proverbial powder keg. But as China extends its global ambitions with infrastructure projects like One Belt One Road (OBOR)—intended to link 65 percent of the world population and one-third of global GDP—expect more pushback from India. India increasingly sees Beijing’s ambitions as a threat to its national interests— India pointedly refuses to sign up for OBOR, and China has poured investments into Pakistan-controlled Kashmir. The danger of conflict between these once and future Asian giants will only grow larger.

One of the better-known border disputes on this list. Under British control at the turn of the 20th century, Cyprus declared independence by 1960 — at which point it was approximately 80 percent Greek Cypriot, and 20 percent Turkish Cypriot. Things came to a head in 1974, when Greek Cypriot nationalists tried to stage a coup on the island with the backing of the Greek military junta in Athens. Turkey responded by sending in troops, effectively partitioning the state between the Turkish north and the Greek south. Turkish troops, 35,000 of them, remain on the island to this day.

There was hope earlier this year that both sides were on the cusp of a diplomatic breakthrough. Peace talks fell apart just last week—a key sticking point remains the presence of those Turkish troops, which Greek Cypriots see as a threat and Turkish Cypriots see as protection. Now the country enters a new uneasy status quo as no one can agree how to move forward. This is further complicated by Turkey’s fraught relationship with Europe, which includes Turkey’s stalled EU ascension talks and Erdogan’s recent forays into soft authoritarianism. Cyprus’s future has become another chess piece in this geopolitical game; so long as that’s the case, any lasting resolution remains unlikely.

Relations between Colombia and Venezuela have been troubled for a while, with each side accusing the other of exporting their problems across the border. According to the UNHCR, by 2016 more than 170,000 Colombians were living in Venezuela to avoid violence back home. It’s true that a peace deal the Colombian government struck with the FARC rebels this year has officially ended a war that cost the country 220,000 lives and displaced 7 million people. But security challenges are far from over due to the presence of other criminal groups engaged in the same types of illicit activities that kept the FARC afloat for decades. Colombia’s president may have won the Nobel Peace Prize, but the country’s violence continues.

Meanwhile, Venezuela teeters on the brink of economic collapse. The West hasn’t had a legitimately failed state in a while, but that looks to be a matter of time. There’s an 85 percent shortage of medicine in Venezuela, and 93 percent of the country’s population can’t afford to buy enough food. That grim reality has forced Venezuelans to flood Colombia in search of basics. In July 2016, more than 150,000 Venezuelans streamed into Colombia at an official border opening just to find basic goods and medical care. When Venezuela goes under—and it will—there will be plenty more.

After a 30-year armed struggle with Ethiopia, Eritrea gained international recognition following an independence referendum overseen by the UN in 1993. But disputes over border towns eventually led to two years of war, claiming the lives of 80,000 people by the time it ended in 2000. Relative peace followed for the next 16 years, though that was broken again in June 2016 by clashes that reportedly killed hundreds. Tensions continue to simmer.

But Eritrea’s border troubles haven’t ended there. Since 2010, the presence of Qatari peacekeepers has kept Eritrea and neighboring Djibouti from going to war over the disputed Dumeira Island and Mountain, which both countries claim. Following last month’s Saudi-Qatar spat, both African nations seemingly sided with the Saudis, prompting the Qataris to abandon the peacekeeping mission. Djibouti has accused Eritrea of trying to take advantage of the situation by occupying the disputed territories; the African Union is now trying to help stabilize the situation.

And finally, the news story of the hour. ISIS captured Mosul—Iraq’s second largest city—in June 2014, forcing more than 800,000 Iraqis to take flight; the UN estimates it will cost more than $1 billion to rebuild the city’s basic infrastructure when the time comes. ISIS continues to have a sizeable presence in Iraq’s Anbar province, and its shrinking caliphate still spans the Iraq-Syria border. That presence across the frontier in neighboring Syria means it will continue to pose a security threat to Iraqis for at least another year. While this week’s liberation of Mosul is undoubtedly good news, the political situation for the country as a whole looks set to get even messier.

Kurds, a driving force in toppling ISIS in Iraq, harbor dreams of independence and are angling to hold an independence referendum. Shia militias have also been critical to the ISIS fight, but they’re unlikely to come fully under state control, especially given that their leaders have political aspirations of their own ahead of 2018 parliamentary elections. Let’s not forget the Sunnis, who have suffered plenty already under ISIS but remain wary of a Shia-controlled national government in Baghdad. And help isn’t coming from the international community—low oil prices give them less incentive to intervene, and Iraq has developed a reputation as something of a geopolitical black hole that sucks in countries for years at a time. Sometimes, there really is no rest for the weary. 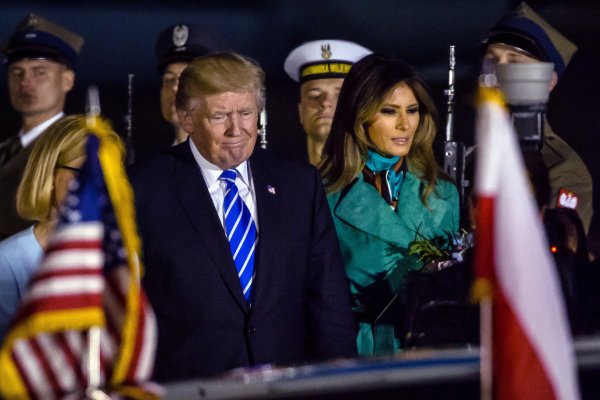 Don't Expect Trump to Confront Putin
Next Up: Editor's Pick