Bill Clinton and George W. Bush: The Most Important Presidential Quality Is Humility

Speaking together at the 2017 graduation ceremony for the Presidential Leadership Scholars Program, former Presidents Bill Clinton and George W. Bush took what was perhaps a subtle swipe at President Donald Trump when talking about leadership qualities.

“Realize it’s about the people, not you,” Clinton elaborated. “A lot of these people who are real arrogant in office, they forget. … You don’t want to say, ‘God, look at all those people I beat.'”

The two men, who are good friends and like to say that they’re each other’s “brother from a different mother,” as Bush quipped Thursday, also joked around during the conversation. When Clinton said the best thing for a politician is to be “consistently underestimated,” Bush replied, “I was pretty good at that.” 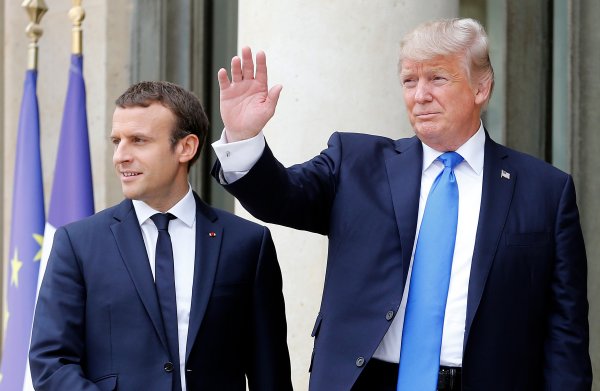 President Trump Tells Emmanuel Macron 'Something Could Happen' with Paris Climate Agreement
Next Up: Editor's Pick