People stand around flowers, candles and messages laid at a makeshift memorial in Nice on July 18, 2016, in tribute to the victims of the deadly attack on the Promenade des Anglais seafront which killed 84 people.
Valery Hache—AFP/Getty Images
By Kate Samuelson

The publication was planning to publish images showing the moment when a truck plunged into crowds of people celebrating France’s national holiday, killing 86 and injuring hundreds. In an online article defending the decision, Paris Match‘s managing editor wrote that the magazine “wanted to pay tribute to the victims… in a duty of memory, so that society does not forget.”

A victims’ group opposed the decision to publish, accusing the magazine of insensitivity. One lawyer acting on behalf of victims said the images were “an insult to the victims’ dignity,” Reuters reports.

Nice’s mayor, Christian Estrosi, was one of the main critics of the magazine’s decision. “I immediately denounced the distribution of the photos in Paris Match and I announced that we will prosecute,” he wrote on Twitter. He later posted a tweet applauding a Nice magazine kiosk for boycotting the Paris Match edition.

The court ruled that Paris Match is forbidden from re-publishing the edition, but did not order it to pull the copies currently on sale around France. It also banned the magazine from publishing the images online. 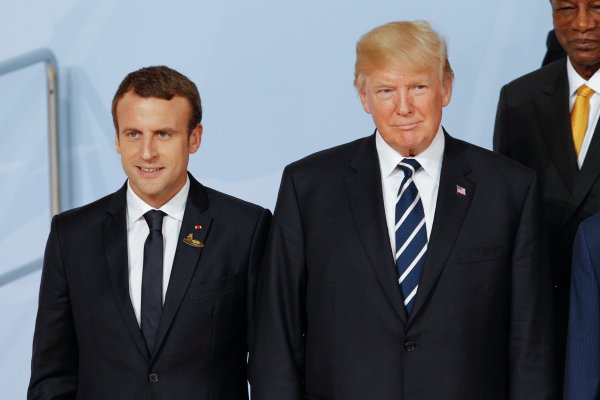 Why Trump's France Visit Could Be His Perfect Vacation
Next Up: Editor's Pick