The return to duty of 19 police officers that participated in the killing of Philippine mayor Rolando Espinosa last year has sparked outrage among the country’s senators, who only months before determined that those officers had carried out a premeditated murder.

“Duterte not only set the murderers free, he now gave back their badges and guns so they could murder again with impunity,” Senator Antonio Trillanes IV said in a text message to reporters Thursday, according to the Philippine Daily Inquirer.

Trillanes — who has been the president’s most outspoken critic since the jailing of Senator Leila de Lima in February — went on to allege that their reinstatement is part of a cover up. “Duterte fears that these policemen might rat out on him for what they know about his involvement in the Espinosa murder,” he said.

The Leyte mayor was shot dead in his jail cell while awaiting trial on drug charges last November. The police team that killed him claimed Espinosa and Raul Yap —the inmate of the adjacent cell who was also killed — had engaged them in a gunfight as they were trying to serve a warrant.

But a senatorial inquiry, and a separate investigation by the National Bureau of Investigation (NBI), the Philippine version of the FBI, determined that story was bunk. The police killing of Espinosa was a “rub out” that could be part of a much larger conspiracy, according to NBI investigators.

Read more: Thee Man in the Yellow Shirt Is Now Dead. Here’s How That Could Upend the Philippine Drug War

The Philippine president sprung to the officers’ defense, however. “I will not allow these guys to go to prison, even if the NBI says it was murder. After all, the NBI is under me, the Department of Justice,” he said in a mixture of Tagalog and English soon after the NBI’s December ruling.

The Department of Justice then downgraded the officers’ charges from murder to homicide and allowed them to post bail. On Wednesday, Philippine National Police chief Ronald dela Rosa announced their return to work after a six month suspension, the Inquirer reports. “They have been reinstated,” he told reporters. “The administrative case against them has been resolved.”

There is nothing unusual about Philippine police murdering with impunity. Investigations by Human Rights Watch, Reuters, local and international journalists, and others have exposed a plethora of fabricated stories and coverups. In January, law enforcement officers murdered a South Korean businessman inside the Philippine National Police headquarters after kidnapping him under the guise of an anti-drugs operation and then extorting his relatives for ransom.

Nevertheless, the reinstatement of Espinosa’s killers is a new low for the country’s justice system. If the killers of high profile mayor — whose death was subject to probes by the upper house and the country’s top investigatory arm — can escape justice, then there is scant hope of justice for anyone else.

“This is outright obstruction of justice from the highest level of governance and executive promotion of extrajudicial killings,” Senator Risa Hontiveros said in a statement. “For those who still deny that there are state-sanctioned killings, here is damning proof.” 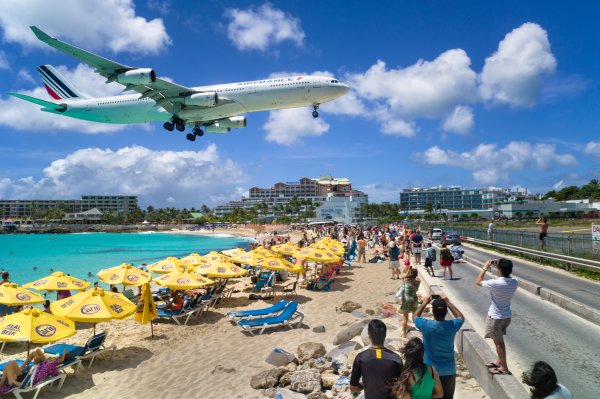 Tourist Killed by Jet Blast at Beach Famous for Low-Flying Planes
Next Up: Editor's Pick