An elderly man from upstate New York died from brain swelling due to a rare tick virus that was transmitted within minutes, officials said.

Charles Smith, 74, a fisherman and hunter, was bitten by a tick carrying the Powassan virus in late April, according to WNYT.

On April 28, he noticed the tick at home and went to see a doctor, who sent him home, his family told WNYT. They said that ten days later he woke up with a high fever and chills. He was hospitalized immediately and soon became paralyzed from the neck down. They said that less than a month later, on June 6, he died from brain swelling.

The New York State Department of Health told WNYT that someone with the virus had died, but did not identify the victim.

The same deer tick that carries Lyme disease can also carry Powassan, said Bryon Backenson, an epidemiologist and research scientist with the state health department. But he called the virus “exceedingly rare”

The CDC says there are about 30,000 cases of Lyme disease around the country each year, but only an average of seven Powassan cases annually.

Although someone can only get Lyme disease after a tick has been attached to their body for more than 36 hours, studies show that Powassan may be contracted after only 10 to 15 minutes of a tick being attached, Backenson said.

The Powassan virus is very similar to the West Nile Virus, and begins with symptoms like a high fever, and chills, said Sam Telford, a professor of infectious disease at Tufts University. People with compromised immune systems — like the elderly — are most susceptible, Telford said. 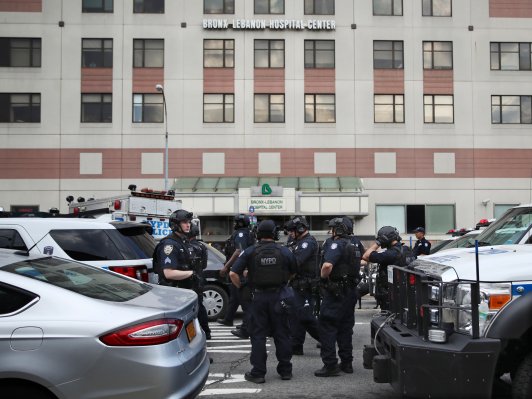 Gunman and Victim Dead in Shooting at New York City Hospital
Next Up: Editor's Pick