Tennis legend Serena Williams says she may not want her children to play tennis. In a telephone interview with TIME from her home in Florida, the expectant mother who was groomed for the sport as a young child responded with one word when asked if she hopes her children will follow her path. “No,” Williams says. “That would be my initial reaction. Just because I’ve done it, my sister’s done it. Maybe it just skips a generation. But maybe not, we’ll see. If they’re passionate about it, then obviously I’m going to be so supportive of it. We’ll see what their passion is.”

Though she’s not playing on tour because of her pregnancy, Williams is still sweating out tennis. Older sister Venus, 37, has reached this year’s Wimbledon final. Following Venus’ tournament from afar, Serena says, is more stressful than actually playing in a Slam final itself. “Definitely, watching her is a little bit more difficult because at the end of the day, we want each other to do the best that we can do,” Williams says. “That’s all we want. When I’m playing, at least my fate is in my hands.”

On Thursday, Venus defeated Johanna Konta of Great Britain 6-4, 6-2 in one Wimbledon semifinal. She’ll face Garbiñe Muguruza of Spain for the title on Saturday. Venus’ late-career revival has stunned many tennis fans, but not younger sis. “For me, and for her, it’s definitely not a surprise,” says Williams. “It’s something that’s expected.”

Serena declined to comment on Venus’ recent vehicular accident in Florida; a passenger in the other car involved, 78-year-old Jerome Barson, died two weeks later. After watching surveillance video, the Palm Beach Gardens Police Department said Williams entered an intersection lawfully. She also would not comment on John McEnroe’s recent controversial remarks that Williams would rank 700th on the men’s tour. “Dear John,” Williams wrote in response on Twitter. “I adore and respect you but please please keep me out of your statements that are not factually based. I’ve never played anyone ranked “there” nor do I have time. Respect me and my privacy as I’m trying to have a baby. Good day sir.”

Williams says she’s been happy to step away from tennis to focus on the impending birth of her first child. “I’m doing pretty well,” she says. “The positive for me it’s been a really good pregnancy. I haven’t had too much trouble with the baby or anything. I’ve been really fortunate that I’ve had a really good go at it for now.” The biggest challenge, she says, is staying patient. “I’m waiting for the prize at the end,” she says. “Right now, I’m enjoying the wait because there are some things I don’t have ready yet. Like a nursery and other stuff.”

One area she’s particularly honed in on during the pregnancy is sleep. “As an expecting mom, it’s super important,” says Williams. “I’m growing a human inside of me. So you’re going to rest to going to be able to make sure that baby’s healthy, baby’s growing, and baby’s getting everything that baby needs.” Williams says she has owned a Tempur-Pedic mattress for a decade, and is a paid spokesperson for the company. Naturally, she encourages pregnant women to pick one up. “If you can’t or don’t want to, then getting at least a body pillow has really been able to help me as well,” says Williams. “I’m able to train in the morning, or go for a walk, or work out in the pool. I can’t really do that if I’m tired.”

As for the puzzle that’s vexed parents throughout human history – getting the baby to sleep – she doesn’t know what to expect. “Honestly, I look forward to having that problem,” Williams says. “I think most people, first time moms in particular, just want to have a really healthy baby. Maybe I’ll only get two or three hours of sleep at a time. But it’s really about getting that quality over quantity.”

Williams and her fiancé, Reddit co-founder Alexis Ohanian, plan on marrying some time in the fall, after the baby is born. During her time away from tennis, Williams has further entrenched herself in the tech industry: she has developed a strong relationship with Facebook COO Sheryl Sandberg, and in May was named to the board of SurveyMonkey. “I’ve learned that diversity is super needed [in Silicon Valley], both on the female side and on the African-American side,” Williams says. “You have to have different ideas, different looks, different perspectives. That is so important to have in building a successful company. The only way you can do that is to not have the exact same opinions.”

Williams is still aiming for a return to tennis after giving birth. Her Australian Open victory in January gave her 23 Grand Slam titles, beating Steffi Graf’s prior open-era record of 22. Her next milestone: topping Margaret Court’s all-time record of 24 slams. 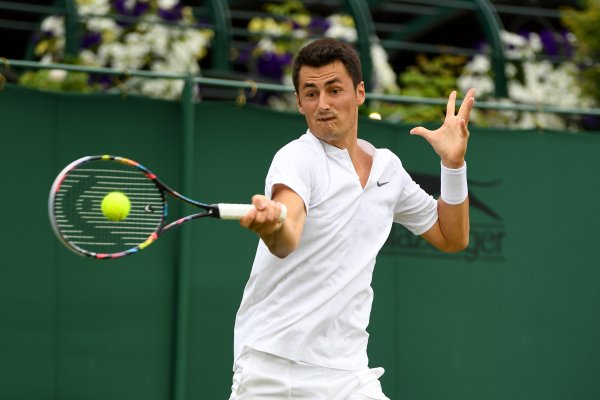 Wimbledon Hands Out Some of the Largest Fines in Its History
Next Up: Editor's Pick