As the Duchess of Cambridge and a fairy tale-esque story to her rise to royalty, Kate Middleton is one of the most beloved figures in the British Royal Family. At a state banquet honoring Spain’s King Felipe and Queen Letizia at Buckingham Palace on Wednesday night, however, she paid homage to another beloved royal — Prince William’s mother, the late Princess Diana.

Kate arrived at the banquet wearing a pale pink and lace Marchesa gown, but the crowning highlight of her look was the Cambridge Lover’s Knot Tiara, which belonged to Princess Diana and which E! News reports was one of the princess’ favorite pieces of jewelry.

See Kate’s tribute to Diana below. 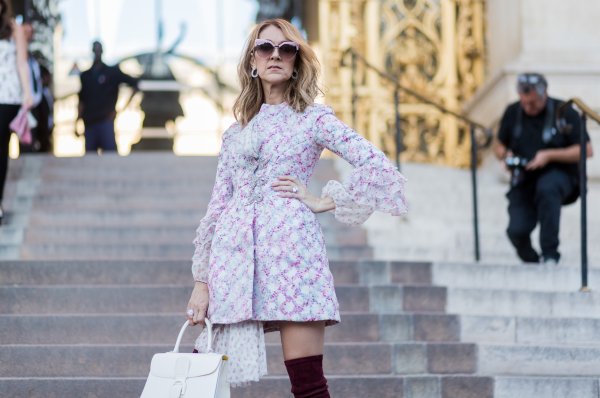 Experience Legendary Celine Dion in Paris for Fashion Week
Next Up: Editor's Pick