Comedian John Oliver has become an official honoree in Stephen Colbert’s new “Trump Attacked Me on Twitter” Hall of Fame. The ever-incisive Oliver took a moment to reflect on the confusing “meaningless lie” in the tweet that got him into the illustrious Hall — a fateful missive sent out back in October 2015.

“John Oliver had his people call to ask me to be on his very boring and low rated show. I said “NO THANKS” waste [sic] of time & energy!” Trump wrote back then.

Oliver, who hosts HBO’s popular Last Week Tonight weekly news program, humbly admitted that his show may be “boring” and a “waste of time and energy.” But he disputed the suggestion that he — or any of his employees — had ever invited Trump on the show to begin with.

“That is a lie. It was very odd to be on the receiving end of a lie that was that confident from someone who is now president. We never asked him,” he said. “So it was a total lie, and a meaningless lie. In fact a lie so meaningless, it almost becomes meaningful,” he mused. “Because what kind of moron would lie about something this pathetic?” 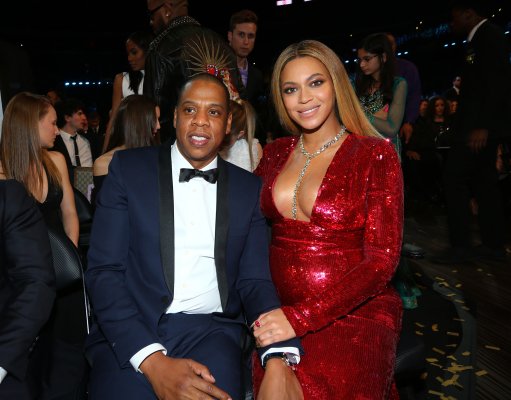 Watch Jimmy Kimmel Convince People on the Street That Jay-Z and Beyoncé Gave the Twins the Weirdest Names
Next Up: Editor's Pick