Facebook Is Reportedly Building a VR Headset You Could Actually Afford

Facebook’s Oculus Rift provides one of the most immersive virtual reality experiences currently possible, but its appeal can be hampered by a cumbersome setup process, high price tag, and complex system requirements. The social media giant hopes to address those concerns with a forthcoming $200 wireless headset that will be lighter than Samsung’s Gear VR model, according to a new report from Bloomberg.

Facebook will reportedly unveil the device, which is codenamed “Pacific,” in 2017, but it won’t begin selling the device until 2018.

While most lightweight virtual reality (VR) headsets like those made by Samsung and Google are powered by a smartphone, Facebook’s upcoming VR viewer will work independently of a phone or computer, Bloomberg says. The interface will reportedly be similar to that of the Samsung Gear VR, which also runs on Oculus’ software, and will be controlled using a wireless remote.

“We don’t have a product to unveil at this time, however we can confirm that we’re making several significant technology investments in the standalone VR category,” a Facebook spokesperson told TIME. “This is in addition to our commitment to high-end VR products like Oculus Rift and mobile phone products like Gear VR.”

The new headset will offer more power for gaming, Bloomberg says, but it will not come with the same positional tracking technology as the high-end Oculus Rift. That means the headset won’t be able to detect the user’s real-world whereabouts in relation to the device.

Facebook is also working on a separate cord-free VR viewer nicknamed Santa Cruz that will include inside-out tracking technology. This technique uses embedded cameras to detect space and positioning from inside the headset so that external sensors aren’t required. Facebook plans to release a different version of the “Pacific” headset that supports positional tracking, Bloomberg says.

The latest Oculus rumor comes as competition in the VR space is accelerating, with companies like Facebook, Microsoft, Google, and HTC all vying to dominate the field.

Later this year, Acer will start selling what will be among the first headsets powered by Microsoft’s Windows Mixed Reality operating system. With this software platform, Microsoft hopes to make virtual reality cheap and accessible by eliminating barriers such as high prices and complicated setup processes — a goal that Facebook also shares, based on the Bloomberg report. Unlike Facebook’s forthcoming device, these Windows headsets must be tethered to laptops, but the system requirements are much lower than those of today’s high-end Oculus Rift and HTC Vive devices.

Google announced during its developer conference this year that its Daydream virtual reality software will support standalone VR headsets that don’t need to be tethered to a computer. HTC has already announced plans to build an independent VR headset based on Google software, and the company has been courting developers to build content for its own Viveport app store as well.

For now, Samsung’s Gear VR headset remains the most popular virtual reality device. Samsung controls 21.5% of the global virtual reality market, according to statistics from research firm IDC, followed by the PlayStation VR and HTC Vive. Samsung earlier this year launched a redesigned Gear VR headset and accompanying motion controller. The report also comes after Facebook recently slashed the price of the Oculus Rift for the second time this year, likely in a bid to make the Rift more appealing against cheaper rivals. 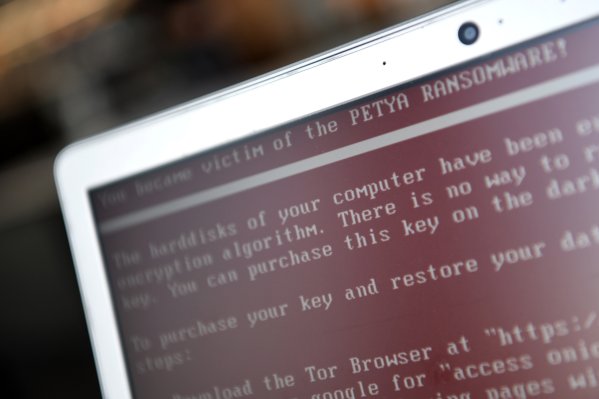 The True Cost of Ransomware Hacks
Next Up: Editor's Pick