It’s a fact universally acknowledged that the quickest way to flood the internet with memes is to be a politician holding up a blank canvas.

Kellyanne Conway did just that during a Wednesday night interview on Fox’s Hannity with host Sean Hannity. President Donald Trump’s senior adviser came prepared with printed signs that she used as props to get her point across to the folks at home, following reports of purported Russian attempts to help Donald Trump win the election.

“In case you run out of time, this is how I see it so far,” Conway said playfully, holding up two simple rhyming flash cards. “This is to help all the people at home. What’s the conclusion? Collusion? No. We don’t have that yet. I see illusion and delusion.” As she walked viewers through her talking points, Conway crossed out the word “collusion.”

“So just so we’re clear, everyone: four words. Collusion, no. Illusion, delusion, yes,” she said. “I just thought we’d have some fun with words. A Sesame [Street] Grover’s word of the day, perhaps.”

It was an immediate viral hit.

The lyrics from the musical Rent “heuvos rancheros and Maya Angelou” were not what she wanted to communicate, and neither were endless other ideas that quickly dominated the internet.

Many made the connection to Love Actually’s enduringly iconic love profession scene, while critics had a field day with satirical takes.

See a sampling below.

Rent lyrics made an appearance.

Another ran with the throwback theme

The Office was in the mix.

Another poked fun at the scaling back of press briefings.

Someone replaced the signs.

Some were even more pointed.

A certain buzzword was necessary.

Karate Kid got a tribute. 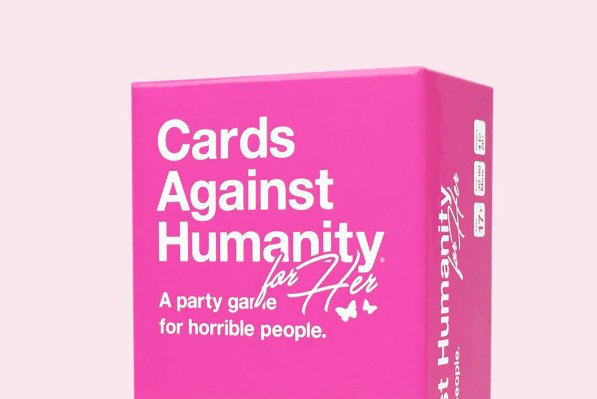 Cards Against Humanity Cleverly Mocks Discrimination With Pricey Pink 'For Her' Game
Next Up: Editor's Pick