A 'Teleportation' to Outer Space

It wasn’t easy to flummox Albert Einstein, but quantum entanglement had him stumped. Per entanglement theory, it is possible for two particles to become connected in such a way that even if they are placed on opposite ends of the universe, anything that happens to one of them–say, a change in its rate of spin–will instantly be reflected in the behavior of the other. Einstein called it “spooky action at a distance.” Modern-day China apparently doesn’t spook so easily.

In a development that dazzled the physics community, a team of quantum researchers from the University of Science and Technology of China announced they had split pairs of photons and beamed one of each pair to the Micius satellite orbiting more than 300 miles overhead. Each photon remained entangled with its partner on Earth. (China had already proven that teleportation worked in the other direction, last month splitting pairs of photons on Micius and teleporting them to separate receiving stations on Earth more than 745 miles apart.)

This matters for reasons beyond the fact that teleportation is just sublimely cool. Entanglement could lead to an instantaneous, ultra-secure Internet, in which information encoded in one set of photons would pop up instantaneously–and unhackably–in the corresponding set. 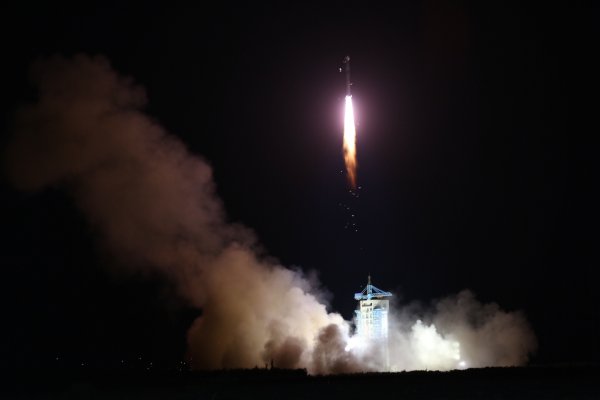 Scientists Just Teleported an Object Into Space
Next Up: Editor's Pick