The American Civil Liberties Union filed a lawsuit against top Department of Homeland Security officials Thursday on behalf of an American family of Somali descent that was detained for hours at a border station.

According to the suit, Abdisalam Wilwal, Sagal Abdigani and their four children were held for more than 10 hours in March 2015 as they were returning from a trip to Canada to visit relatives. Both Wilwal and Abdigani are U.S. citizens, and their children—now aged 7, 8, 10, and 16—were all born in America. While having their documents checked at a border station in North Dakota, the lawsuit alleges, officers surrounded the family’s vehicle with guns drawn, arrested Wilwal, and took him into custody. He was allegedly asked questions like whether he was Pakistani and whether he was Muslim, and left handcuffed in a room alone.

The lawsuit claims Wilwal sat in detention for nine hours before Homeland Security investigations officers arrived and questioned him. At one point, according to the suit, he passed out and had to be treated by paramedics. After 45 minutes of questioning, he was told he and his family could go home. Wilwal claims the arrest and detention caused him “extreme emotional distress” and that being left without food or water led to his fainting episode.

While Wilwal sat handcuffed in a detention room, his family was taken into custody by border patrol officers. Held with their four distressed children in a cold area, Abdigani says she asked the officers if she could contact family and friends, get her phone, leave and return the next day, or simply retrieve food from their family’s car. All of her requests were denied. “You’re all the same,” an officer allegedly told her. “You’re all detainees, including the children.” The children were eventually offered candy and hamburgers, but Abdigani did not receive food.

At one point, the suit states, Abdigani called 911 from a cell phone her eldest son had on him during the detention. Though she was connected to a dispatcher in North Dakota, no officers were sent to the facility. Instead, she says, Abdigani and her then 14-year-old son were patted down by patrol officers in separate rooms.

The Department of Homeland Security said that it does not comment on pending litigation as a matter of policy. Homeland Security Secretary John Kelly, Acting Commissioner of U.S. Customs and Border Protection Kevin McAleenan, and the Acting Director of Immigration and Customs Enforcement Thomas Homan are all named defendants in the suit, though the incident took place during the Obama administration.

The experience was tough on the family, says Abdigani, who fled civil war in her home country of Somalia and eventually settled in the U.S. In a blog post for the ACLU, she recalls her 8-year-old suggesting that the officers would “kill us after sunset.”

“My children were very scared, and there was nothing I could do to soothe them,” she says.

The family later visited a DHS office in Minneapolis with hopes of getting answers about their detention. A couple weeks later, Wilwal says he got a call from the office informing him he was on a terrorist watch list, which was likely why he was detained. He’s since petitioned the government to challenge his inclusion on the list via the DHS Travelers Redress Inquiry Program, but says he has not heard back.

In the lawsuit filed Thursday, the family is claiming their detention violated the Fourth Amendment and that Wilwal’s rights were violated via his inclusion on the watch list. The family asks for relief from further arrest, removal from the watch list and an explanation for why Wilwal was added to it. They are also requesting that any information obtained during their detention be destroyed.

The family will face a steep uphill battle if their suit makes it to court. While the Fourth Amendment protects American citizens from illegal searches and seizures, the rules don’t fully apply at our nation’s borders. Neither a warrant nor suspicion of wrongdoing is necessary for border agents to conduct a search of an individual’s property at ports of entry, including electronic devices like cell phones and laptops.

“It is very difficult to win a case challenging searches at the border. Border Patrol officials have broad authority at ports of entry,” says Cornell University law professor Stephen Yale-Loehr. “Courts have often ruled against citizens alleging that their constitutional rights have been violated at the border. Only the most egregious cases are likely to win.”

In this case, given that Wilwal was included on the terror watch list, the government could argue that they have a right to detain him at the border. Courts also often side with the government on issues regarding immigration and national security. Lawyers at the ACLU say the terror watch list—which as of 2016 includes more than 1 million people—as well as the system surrounding it are a “due process disaster.” They’re also concerned that border detentions will only worsen under the Trump administration, which has prioritized cracking down on illegal immigration and specifically targeted people from some Muslim-majority countries, including Somalia.

“I came to this country seeking safety and freedom, and I’m proud to be an American,” Wilwal said in a statement. “But our own government just shouldn’t be treating my family and me or anyone else this way. It’s wrong.” 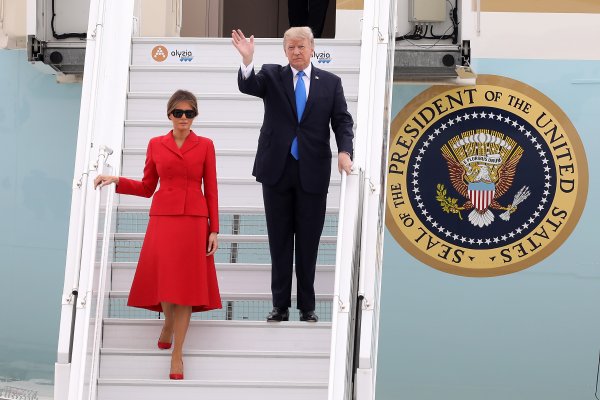