Everything to Know About the Russians in Donald Trump Jr.'s Emails

Anyone following the Trump-Russia saga in the last few days would probably have noticed their mental corkboards getting a bit crowded with strange new faces. For those puzzling over what they mean, a bit of advice: Don’t waste too much time trying to place them all in the web of Kremlin connections, both real and imagined, that have ensnared the young presidency of Donald Trump.

The better approach might actually be to ignore the latest cameos appearing in this picture, including the pudgy British publicist, the pouty Russian lobbyist, the Azerbaijani pop star and, yes, even the man with the non-existent title of “Crown prosecutor of Russia.” None of them seem to shed much light on the core of the Russian campaign to influence the U.S. elections, and what matters in the latest string of revelations does not require much Kremlinology to figure out.

It’s written plainly in the email chain that President Trump’s eldest son posted to Twitter on Tuesday: In the days after Trump secured the Republican nomination in late May 2016, his closest advisers – including his son, his son-in-law and his campaign manager – were eager to get dirt on Hillary Clinton, even if it came from agents of the Russian government. The significance of this revelation seems fairly obvious to the question of whether the Trump campaign colluded with the Kremlin.

Much less revealing, at least for now, is the role that the President’s children played in this effort. But the short version goes something like this. In early June of last year, Donald Trump Jr. exchanged a series of emails with an acquaintance of his named Rob Goldstone, a British publicist and former tabloid writer. Goldstone offered to set up a meeting with a “Russian government lawyer” who had “official documents” and other information that could “incriminate” Clinton and damage her presidential campaign. Trump Jr.’s response to this was swift: “I love it.”

The damaging information on offer was supposed to come from a man whom Goldstone identified as the “Crown prosecutor of Russia.” There’s no such title in the Russian government, but the closest match would be Prosecutor General Yuri Chaika, one of President Vladimir Putin’s most loyal and long-serving lieutenants. Chaika would, in theory, have access to Russian criminal files and potentially also compromising material – the Russian term is kompromat – compiled by the Russian intelligence services.

But he would be a strange choice to lead a mission to infiltrate Trump Tower. His turf within the Russian law enforcement apparatus is domestic, not international, and it has been persistently squeezed by rival power structures during the Putin era. By now Chaika is not among the most powerful clique of generals and spymasters in Putin’s circle, and his career was going through something of a crisis in the months before Goldstone sent those emails to Trump Jr.

In December 2015, Chaika became the target of a damning investigation published by the anti-corruption activist Alexei Navalny. The evidence Navalny and his team had gathered, mostly from public sources, alleged that the Prosecutor General and his sons were mixed up in a variety of schemes for self-enrichment, some of them linked to notorious Russian mobsters. The Chaika family denied all these claims. But they still went viral, as Navalny’s investigations often do, and some members of the Russian parliament called for Chaika to be suspended pending a formal corruption probe.

One of the handful of public figures to come to Chaika’s defense at the time was the Russian construction magnate Aras Agalarov, whose name would be familiar to anybody following the Trump-Russia story. A dapper native of Azerbaijan, who is worth an estimated $1.9 billion, Agalarov happens to be Trump’s closest partner in the world of Russian business. Their families had worked together in staging the Miss Universe pageant in Moscow in 2013, and they had discussed the possibility of building a Trump Tower in the Russian capital.

When Chaika came under fire for alleged corruption two years later, Agalarov wrote a column defending him in the respected Russian business daily Kommersant. “My first impression is shock at how easy it is to play with trumped up facts (as though shuffling a deck of cards) and to mix a person and his family with dirt in an attempt to manipulate public opinion,” Agalarov wrote of the claims against Chaika.

According to Goldstone’s emails, the Russian plan to help the Trump campaign was hatched in Moscow between Agalarov and the “Crown prosecutor of Russia” – presumably a reference to Chaika – on the morning of June 3, 2016. (The office of the Prosecutor General did not respond to TIME’s request for comment.) “This is obviously very high level and sensitive information but is part of Russia and its government’s support for Mr. Trump,” Goldstone wrote to Trump Jr. that same morning.

Things moved quickly from there. By the late afternoon of June 9, a Russian lawyer and lobbyist named Natalia Veselnitskaya was riding the elevator up Trump Tower in Manhattan. Waiting for her inside was not only Trump Jr. but two of his father’s closest advisers: his son-in-law Jared Kushner and his campaign manager Paul Manafort. From the recollections of nearly everyone in attendance, the meeting did not go well: it soon became clear that Veselnitskaya had nothing of substance to offer the campaign.

This should not have been too surprising. Having started her career in 1999 at the local prosecutor’s office in the suburbs of Moscow, Veselnitskaya has never been much of a political insider. “She was a strictly commercial lady,” says a well-connected lawyer who has worked for the regional government. “She never took cases from outside her circle of clients,” he told TIME, asking not to be named when discussing his colleagues.

According to a report in the Guardian, Veselnitskaya did have a long-standing personal connection with Chaika, and many of her associates did work in regional posts under the General Prosecutor. But for nearly all of her career, she was content to serve as the go-to lawyer for a middling clan of officials and businessmen on the outskirts of the Russian capital. Her connections to the Kremlin appear to be tenuous at best, though she did claim in a court filing last year in New York City that her clients have included “large state-owned and private corporations.”

In any case, her regular clients got pushed away from the levers of power around 2013, after a new governor took over the region that surrounds the city of Moscow and began cleaning out the local bureaucrats. Her long-time patron within this clique, the regional transport minister Petr Katsyv, was among the officials who got pushed out amid the shake-up. He went on to find work in Moscow as vice president at Russian Railways, the state railroad monopoly.

Faithful to her employer, or unable to find a better one, Veselnitskaya stayed by the Katsyv family’s side, and soon they sent her to defend their assets on the other side of the ocean. In the fall of 2013, the U.S. government sought to seize the property of Katsyv’s son Denis, arguing (in the end, unsuccessfully) that he had bought it as part of a Russian money-laundering scheme. Even though she speaks barely any English, Veselnitskaya’s defense of the Katsyvs in the U.S. placed her in the arena of international litigation and lobbying for the first time, albeit at the margins.

Still, it was a high-profile assignment. The money that Denis Katsyv was accused of laundering had allegedly come from a scheme to bilk the Russian government of $230 million in fraudulent tax returns. The whistle-blower who revealed that scheme in 2007 was a Russian accountant named Sergei Magnitsky, whose efforts led to his arrest, imprisonment and death behind bars in Moscow at the age of 37. In honor of his memory, the U.S. passed a law in 2012 called the Magnistky Act, which slapped sanctions on Russian officials implicated in the tax fraud and the death of the man who exposed it. While representing Katsyv in the U.S., Veselnitskaya became one of the leading opponents of this law and lobbied in Washington for it to be repealed.

This effort brought her work into alignment with the Kremlin, which was so enraged at the Magnisky Act that it banned American families from adopting Russian children, effectively turning orphans into ammo in a geopolitical spat. But that does not mean Veselnitskaya was a “Russian government lawyer,” as Goldstone described her in his emails to Trump Jr. Throughout her time in the U.S., she seems to have stuck to her mission as an agent of the Katsyv family – even when that elevator dropped her off at the top of Trump Tower.

Her message at the meeting with Trump Jr. seems to have focused on the Magnitsky Act, which her clients had sent her to the U.S. to oppose. Even when she offered a taste of anti-Clinton kompromat that Trump Jr. had been promised, the lawyer reportedly stayed on message. According to a Bloomberg report published on Wednesday, the only gossip she could offer on the Clinton campaign was that key supporters of the Magnitsky Act had given money to Clinton’s foundation.

This was hardly damaging stuff. Kushner’s family had also contributed to this foundation. So it’s not surprising that Veselnitskaya recalled him standing up and walking out of the meeting after about ten minutes. Discussions of the Magnistky Act would have been useless to Trump’s son-in-law and his other advisers. What they needed was something to humiliate the Democratic nominee.

And soon the Trump campaign would get just that. Within a week of Veselnitskaya’s visit to Trump Tower, hackers linked to the Russian intelligence services began releasing emails stolen from Clinton’s allies, and the Kremlin’s influence operation was off and running.

But did a midshelf Russian lawyer have anything to with that? Veselnitskaya has insisted that she has no ties to the Russian government, and her background doesn’t offer much to suggest that the Kremlin would trust her with its errands in Manhattan. Putin would clearly have had no shortage of more direct, discreet and reliable ways to make contact with Trump, starting with the relationships that Russian ambassador Sergei Kislyak had cultivated in Washington.

What the rendezvous with Trump Jr. does prove, at a minimum, is a willingness on the part of the Trump campaign to get help from Russian cutouts. But that’s not exactly a smoking gun on the issue of collusion. In the end, the cast of characters in the email exchange between Goldstone and Trump Jr. would seem more likely to provide some comic relief in the story of Russia’s electoral mischief than to lead investigators to Putin’s doorstep. And from that perspective it may not have been so crazy for Trump Jr. to publish those emails on Tuesday. As the line-up of possible Kremlin agents gets more crowded and more bizarre, it will take longer to find the real ones among the pack of frauds and decoys. 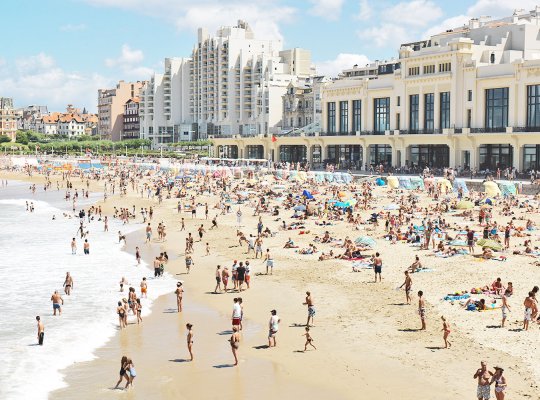 The Secret Hideaway Where Putin's Family Spends Its Fortune
Next Up: Editor's Pick