'I Am Devastated to Have Failed In My Duty to My Hero.' Former Kermit Actor Speaks Out

This week, news broke that Steve Whitmire, the longtime puppeteer behind beloved green felt Muppet character Kermit the Frog, would no longer be voicing the character he has played since the passing of Jim Henson in 1990.

On Thursday, Whitmire responded to speculation around the circumstances of his departure in a personal blog post, stating that it was not his choice to leave the role. “For me the Muppets are not just a job, or a career, or even a passion. They are a calling, an urgent, undeniable, impossible to resist way of life,” he wrote of his career. “This is my life’s work since I was 19 years old. I feel that I am at the top of my game, and I want all of you who love the Muppets to know that I would never consider abandoning Kermit or any of the others because to do so would be to forsake the assignment entrusted to me by Jim Henson, my friend and mentor, but even more, my hero.”

Whitmire continued to note that he was told by Muppets Studio executives in October 2016 that the role of Kermit would be recast. “I have offered multiple remedies to their two stated issues which had never been mentioned to me prior to that phone call. I wish that we could have sat down, looked each other in the eye, and discussed what was on their minds before they took such a drastic action,” said, adding that he retained hope that Disney would “reverse their course” in the ensuing nine months. Ultimately, they did not.

“I just want you all to know that I am sorry if I have disappointed any of you at any point throughout our journey, and to let everyone know that I am devastated to have failed in my duty to my hero,” he concluded. He noted that the website he set up — on which his note is posted — is intended to be “a place to connect and share on all things Muppet, past, present and future.” 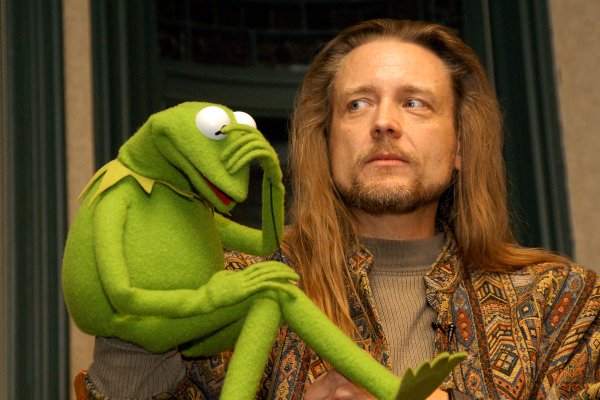 The Voice of Kermit the Frog Has Left His Muppets Role
Next Up: Editor's Pick