Of all the characters in the world of Game of Thrones, Jon Snow is arguably the closest to a “pure hero.”

But according to Kit Harington — who plays the bastard turned Lord Commander of the Night’s Watch turned King in the North — there’s a darker side to his character that some may not recognize. During an interview with The Hollywood Reporter, the 30-year-old actor spoke about why he doesn’t think Jon’s storyline will have a traditionally happy ending — regardless of whether he lives to see the final season.

“I think happiness is a very strange term to associate with Jon,” Harington said. “He has a very odd sense of what ‘happy is. It might not be everybody else’s ‘happy.’ I don’t know what happiness is for Jon. I actually think secretly deep down, he’s a bit of a psychopath, weirdly. He looks for violence. In a strange way, and I said this to [director Miguel Sapochnik] during ‘Battle of the Bastards,’ I think that in a weird way this could be Jon’s natural home, on this battlefield, where he comes to life. For all of his good, he’s a violent man.”

MORE: The Making of ‘Battle of the Bastards,’ Game of Thrones‘s Most Ambitious Episode 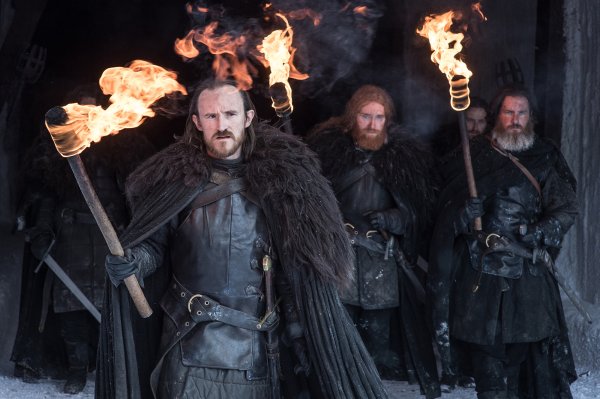 8 New Photos from Game of Thrones' Season 7 Premiere
Next Up: Editor's Pick