President Donald Trump has arrived in France, where he will meet with French President Emmanuel Macron ahead of Bastille Day celebrations. The two world leaders will likely address counter-terrorism issues and the war in Syria.

Senate Majority Leader Mitch McConnell is expected to unveil a revised version of the Republicans’ health care bill Wednesday, two weeks after withdrawing the first proposal due to lack of support. Trump said he “will be very angry” if the measure fails, according to the Associated Press.

The personal data of 6 million Verizon customers have been exposed online, the telecommunications company has confirmed. That information included users’ phone numbers, names and some PIN codes, according to CNN. Verizon said the leak did not result in the “loss or theft of Verizon or Verizon customer information” and was caused by “human error.”

U.S. lawmakers investigating whether Russia interfered in the 2016 election want to talk to Paul Manafort.

Scientists have teleported an object into space for the first time.

Human remains have been found in a common grave during a search for four missing men in Pennsylvania.

Nominations for the 2017 Emmy Awards will be announced today. 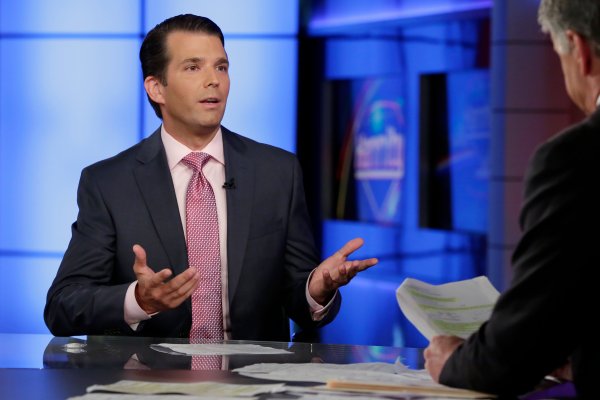