NASA has revealed new images of Jupiter’s most iconic and mysterious feature — its Great Red Spot.

The space agency on Tuesday released several photographs of the interplanetary landmark taken by its Juno spacecraft as it flew over Jupiter. The images show a blob of swirling reddish hues in the middle of Jupiter’s white clouds.

Kevin Gill, a self-described “science data visualization artist,” took NASA’s raw photographs to make the images seen above and below.

Scientists say the Great Red Spot is a gigantic storm, twice as wide as Earth, which has been churning on Jupiter for at least 150 years. NASA’s Juno spacecraft flew over the Great Red Spot on Monday to give mankind its closest-ever look at the 10,000-mile-wide storm. 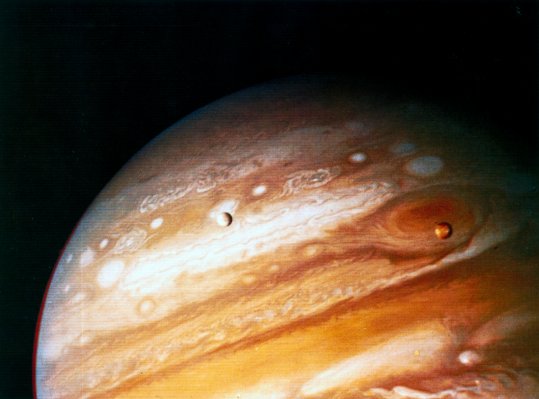 Get Ready, Science Nerds: Incredible Jupiter Photos Are Coming
Next Up: Editor's Pick