While the names of the most famous twins in the world have yet to be revealed by their parents Jay Z and Beyoncé, Jimmy Kimmel is using the high secrecy surrounding the twins to have some fun at the expense of unsuspecting people on the street, riffing on the trend of unusual celebrity baby names.

In a clip that aired on Tuesday night on his eponymous show, Kimmel’s team convinces strangers on the street to congratulate the power couple on the arrival of their twins, giving them two ridiculous (and false) names, ranging from Cucumber and Uvula to Bebop and Rocksteady.

Bebop and Rocksteady don’t seem that bizarre when you consider that Jason Lee’s son is named Pilot Inspektor and Gwyneth Paltrow’s daughter’s name is Apple. 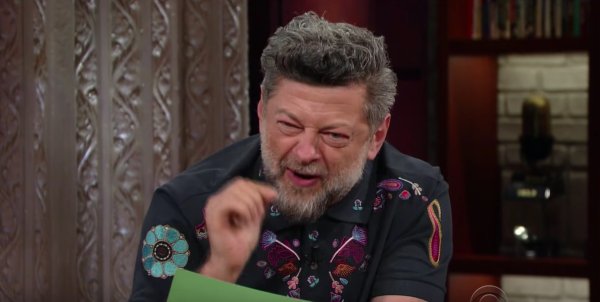 You Won't Be Able to Unhear Andy Serkis Reading Trump's Tweets as Gollum on Colbert
Next Up: Editor's Pick