Everything We Think We Know About Google's Next Pixel Smartphone

Google declared war on the iPhone last year with the debut of its Pixel phone. Now the search giant seems like it’s ready for round two.

For years, Google has released smartphones under its Nexus brand. But the Pixel phone signaled an important change in strategy, one that positions the search giant as a purveyor of premium smartphones that can rival those made by Apple and Samsung. Whereas Google’s Nexus phones were largely made by hardware partners such as HTC and LG, the Pixel is the first smartphone Google designed in-house. The company unveiled the Pixel last October, and speculation is beginning to circulate about what its successor, perhaps to be called the Pixel 2, will look like.

Here’s a look at the Google Pixel 2 smartphone rumors that have surfaced so far.

A new design with a slimmer bezel

Google could be the next smartphone maker to follow a recent trend popularized by Samsung and LG. The next larger-sized version of the phone, perhaps called the Pixel XL 2, may include a redesigned body with thinner borders around the display, according to a leak published by Android Police.

Such a change could make it possible for Google to extend the size of the Pixel XL’s screen without making the device larger, as Samsung and LG have done with their latest phones. The report says the new Pixel XL will have a 6-inch screen instead of the current model’s 5.5-inch display.

The smaller version of the Pixel 2, which may feature a 4.97-inch screen, is said to come with a change that’s bound to irk some users. Google may ditch the headphone jack in favor of stereo speakers, according to a report from XDA Developers. Both reports suggest the Pixel 2’s design won’t change much otherwise, as it will likely include the same glass and metal finish as the original Pixel.

The Pixel 2 will likely have a better camera, but don’t expect the technical specifications to change all that much. Rather than increasing the number of megapixels, Google may add extra features, according to 9to5Google. That could include new capabilities that allow for better low-light photography.

Both versions of the Pixel 2 will reportedly be powered by Qualcomm’s Snapdragon 835 chipset, according to XDA Developers. That’s the same processor found in the OnePlus 5, soon-to-be-released Essential phone, and certain models of the Samsung Galaxy S8. Shoppers can also expect to see 4GB of memory on both phones, says the report.

When it comes to storage, XDA says the larger Pixel 2 model could offer 128GB of room while the smaller may have 64GB. It’s unclear if those will be the only choices or if other configurations will be available.

Just about every major modern smartphone is built to withstand moderate water exposure, including the iPhone 7, Galaxy S8, and LG G6. Google’s Pixel has been an outlier in that regard, but this may change with the Pixel 2, reports 9to5Google.

Google’s Pixel 2 might cost $50 more than the current versions, according to 9to5Google. The company charges $649 for the Pixel and $769 for the Pixel XL, meaning the Pixel 2 could start at $700.

But a cheaper version may be imminent; the same report says Google has been testing prototypes of budget-friendly Pixel models with less powerful hardware. If that holds up to be true, it’s unclear if this version will launch in the United States, since the blog’s source mentions the phone is “aimed at different markets.” 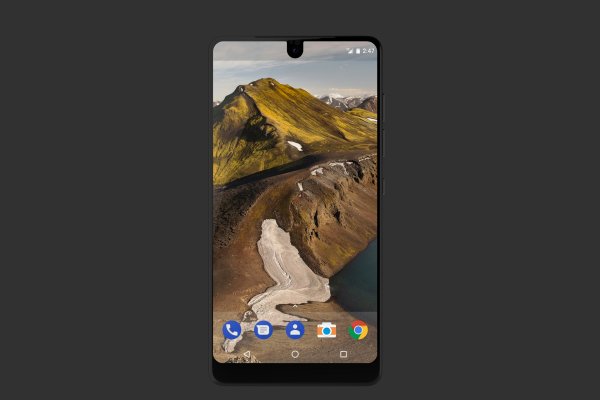 The Creator of Android Just Unveiled a New Smartphone
Next Up: Editor's Pick