Here's One Way a Bird Is as Smart as You Are

If a flock of ravens had a 401(k), there’s at least a fair chance they’d be better prepared for retirement than you are. And as for remembering to put the snow tires on the car before the first blizzard? They’d have it done by October. Say what you will about the ravens’ literal bird brains, a new study in the journal Science suggest that the animals may be far better than we ever knew at planning ahead and even bargaining for future benefits.

The ability to take actions now that pay only later dividends is not something at which most animals or even human children excel. Delayed gratification—eating one cookie and saving the other for another day, knowing that in the future you will appreciate it or need it more—is a comparatively high order skill. Great apes are thought to be the only nonhuman species that has at least a rudimentary talent for this kind of foresight. Corvids, the family of birds that includes jays, crows and ravens, have been shown to husband their food supplies, eating only what they currently need and storing the rest for later—sometimes in remote locations where they expect to be the next day. Skeptics, however, have questioned whether this is true planning or simply instinctive food-caching. The difference is partly in whether the skill can be generalized to other situations.

To test if the birds are indeed broad-range planners, cognitive researchers Can Kabadayi and Mathias Osvath of Lund University in Sweden worked with a sample group of five captive, hand-raised ravens and presented them with a series of opportunities to plan actions and make choices. The birds proved themselves impressively up to the challenge.

In the first trial, they were taught to use a tool that opened a box containing a food reward. Once they had mastered the task, they were presented with the box, but without the tool, accustoming them to the fact that the two might not always appear together. The box was then whisked away and the birds were left on their own for an hour, after which they were presented with a tray that included the tool as well as three other, novel objects. As soon as they chose one, the others would be removed. On almost all of the trials, the ravens chose the tool and set it aside, apparently just in case the box reappeared. Fifteen minutes later it did, and on 86% of those trials, the birds promptly put the tool to use to collect the reward.

A second, more difficult trial combined planning with, effectively, bartering—at least a very crude form of it. The birds were trained to exchange a token for a food reward given them by a human handler, a skill they learned easily. An hour later, a tray with the token and other distracter items was provided at a different place in the birds’ enclosure by a different experimenter—one with no history of providing goodies. In 143 of 144 trials, the birds nonetheless selected the token even though it had no immediate use. Later, the bartering experimenter showed up, and on 78% of those trials, the birds knew to cash the token in for a treat.

In the final trials, the researchers returned to the locked box and this time tested how the birds would react when they were presented with a tray that held the tool, a few distracter items and an immediate food reward—but one that was less appealing than the food they were accustomed to finding in the locked boxes. In about 75% of the trials, the birds took the gamble, keeping the tool and passing up the treat. When the box was later presented to them, they were able to open it and claim the better reward they had waited for.

All of this seems easy; none of it actually is. The researchers concluded that the birds’ ability to “make decisions for futures outside their current sensory contexts” puts them on a par with apes and even with four-year-old children. Humans may be the Earth’s smartest creatures, but the more we look, the more we’re finding that there are other brainiac species sharing the planet with us. 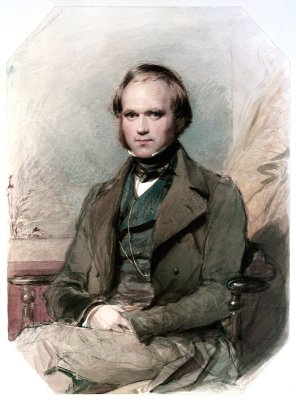 What Charles Darwin Saw at the Zoo
Next Up: Editor's Pick