Game of Thrones' Sophie Turner on Sansa Stark's Loyalty: 'This Season Is About Trust'

When viewers last saw Sansa Stark in the season six finale of Game of Thrones, she appeared to be struggling to reconcile her support for Jon Snow — who she believes is her half-brother — with her own desire for power. As Jon was proclaimed the King in the North by the Northern lords, Sansa shared a glance with Littlefinger that seemed to suggest she had doubts about not taking his advice to lay claim to her home kingdom as the true born daughter of Ned and Catelyn Stark.

However, during a recent interview with W Magazine, Sophie Turner — who plays the elder Stark daughter —hinted that her character may have no intention of turning her back on Jon or any other member of her family.

“Now that she’s became a leader, she has Winterfell, she has her home, she has her brother,” Turner explained. “She’s got to the point where she has that power that she’s been longing for. And the ability to kind of hopefully bring the people that she loves back to her or create a safe haven if they do come back to her. It’s more about her figuring out how to treat that power and how to surround herself with the people that are best for her. This season is about trust and loyalty.” 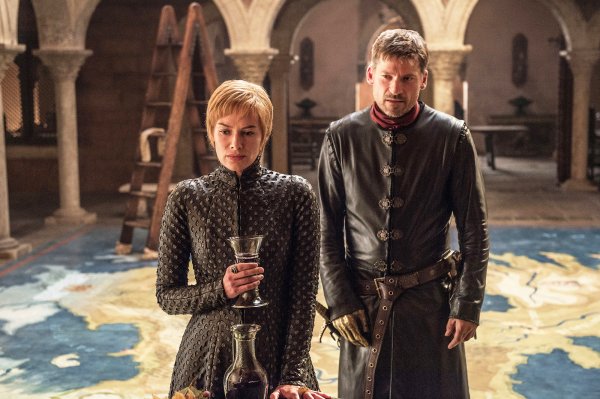 Why Cersei Lannister May Be Responsible for Her Own Downfall on Game of Thrones
Next Up: Editor's Pick