Philanthropist Melinda Gates told delegates at a global summit she was “deeply troubled” by President Donald Trump’s decision to slash funding for family planning around the world.

Melinda and Bill Gates have previously condemned the executive order signed by Trump to impose the so-called ‘global gag rule’, also known as the Mexico City policy, which prevents U.S. money going to international groups who provide abortions. Every Republican President since Reagan has imposed the ban, while Democrat Presidents have regularly lifted it.

Canada also promised to use $241m to reach 120 million around the world who are in need of safe access to contraception. India pledged to spend $3bn within its own country to target eight states that needed access to safe contraceptive methods.

Kate Gilmore, the UN Deputy Commissioner for Human Rights, told TIME that no woman should have to die from preventable issues. “No girl should be put in a position where she doesn’t have the right to decide what she does with her own body,” she added.

The Family Planning 2020 conference brought together delegates from over twenty countries to discuss how women and girls across the world can access and benefit from modern contraception. The conference first met in 2012 with the aim of ensuring that 120 million women and girls use modern contraceptives by 2020. Organizers say that 30 million have so far started to do this.

For the first time, Haiti, South Sudan and Chad pledged to make commitments to improve family planning in their own countries. “In the end we realised that the best remedy against the death of mothers, the only remedy, is family planning,” said Minister Ngarmbatina Odimbeye Soukaté, Minister of Public Health from the Republic of Chad. 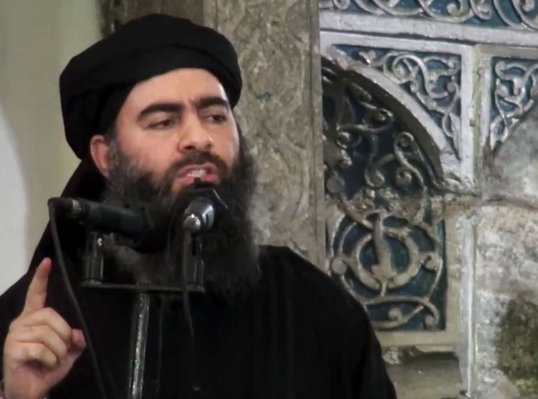 Syrian Group: ISIS Leader Really Is Dead This Time
Next Up: Editor's Pick