Steve Ballmer: 5 Facts About the U.S. Government That Blew My Mind

Ballmer, who served as CEO of Microsoft from 2000–2014 and is owner of the Los Angeles Clippers, co-created USAFacts with his wife Connie Ballmer.

I’m a numbers guy. They’re how I understand the world — what’s good and what’s bad, what’s working and what isn’t. After I stepped down as CEO of Microsoft and began getting more involved in philanthropy and civic advocacy with my wife, Connie, I realized that I had very little sense of the numbers behind the U.S. government. When I went searching for enlightening statistics — like I’m sure many people before me have done, too — I found they were scattered (if you could even find them in the muddled search), or not always available or comprehensible. And when I read about them in the news, I often had a hard time judging the scale or success of it all. Were we getting what we should out of everything we put in? And if all of us had access to the same set of information, would it be more likely to highlight areas of common ground politically? We set off to find out.

That’s what led to USAFacts: a first-of-its-kind platform, launched in April, that offers a comprehensive look at government by the numbers, from fighting crime to educating kids to taking care of the sick. The goal was to use numbers — about government revenue, spending and outcomes — to create a common set of facts that can serve as a foundation for the type of informed debate that is essential to our democracy.

From the get-go, I’ve been excited to see the discoveries people make on their own when exploring our website and reports. I count myself among them. Here are five areas where the numbers might surprise you — they certainly surprised me.

Who works for the government?

Nine out of ten government employees are not behind-closed-doors bureaucrats. They’re people involved in direct services, who we come in contact with daily: They’re teachers, soldiers, policemen, parks and recreation employees, hospital workers, transportation workers. The preponderance of the 23 million public employees — across federal, state, and local government — are directly serving the people. Nearly half work in education — from K-12 to community colleges to research universities. And roughly 10 percent are active-duty military or involved in police protection.

How much does the government spend on infrastructure, and what are the outcomes?

From what I’ve read, I assumed that for all we spend on infrastructure, we still have lots of roads, bridges and facilities that are outdated and in disrepair. In 2014, just 3.3% of the nation’s interstate highways were in unsatisfactory condition. The percentage of bridges that are structurally deficient has declined from 24.1% in 1990 to 9.6% in 2015. This sense of progress surprised me. Now, whether the quality is good enough or proves what investment can do in other areas is still a legitimate and appropriate question for debate. But I would have thought things were more dire than the numbers suggest.

In 2014, we spent $228 billion on transportation and transportation safety. Whether the spending number is too high, too low or just right is an essential question. But we should look to the outcomes. Traffic fatalities declined from 51,091 in 1980 to 32,675 in 2014, even though the number of licensed drivers increased from 145 million to 214 million.

Are our homes getting safer from fire?

From 1980 to 2014, our population increased by 42% — from 227 million to 321 million — and yet house fires are down about 50% — from 734,000 to 367,000, respectively. This is driven by some combination of the better way things get built now versus then, and the quality of fire departments and their ability to do their job. But it’s super interesting to me that house fires are way rarer today than when I was growing up. I had no clue.

How does government support home ownership?

I was fascinated by how complex the topic of housing is. Housing is a way in which people save money. Housing supports stability of lifestyle. And yes, housing is expensive. Government support for people seeking to buy a house is interesting. The way government helps finance home purchases is interesting. The mortgage interest deduction? Very, very interesting. Housing is a big part of the economy — a big part of life. And it got me super interested in digging deeper, particularly as you look at the challenges of families that don’t have stable housing and what it means for their kids and their opportunity for what we call the American Dream. Ninety-six percent of the mortgage interest deduction, for example, benefits upper-income households. That was interesting to me.

How do children born in poverty fare?

Black children in the United States born into the lowest income families have a 50% likelihood of staying there for life — I feel like that is really not okay. That’s too little of a shot at what we often think of as “the American Dream” — being able to get ahead if you are willing to work hard. We’ve made it a focus of our philanthropy to try to remove barriers to opportunity for those kids and their families. But the numbers show: As a nation, we can do better.

These are just a few of the many really interesting things I’ve learned from USAFacts. We’re still searching, discovering, debating. And I’m sure that within this trove of data there are thousands more interesting facts yet to be discovered. 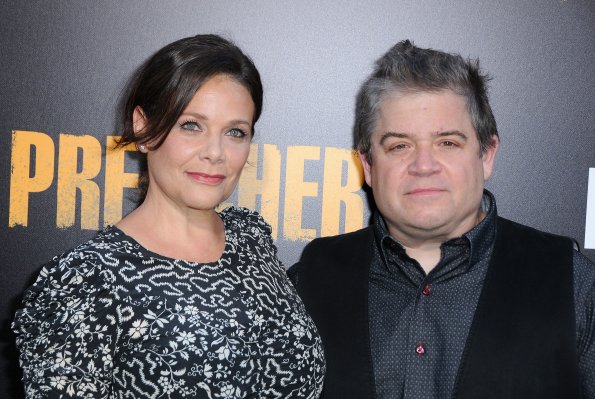 A Widow Wrote This Searing ‘Rage Defense’ of Patton Oswalt’s Engagement
Next Up: Editor's Pick