On Twitter Tuesday, President Donald Trump’s son posted a series of emails that led to his controversial meeting with Russian lawyer Natalia Veselnitskaya “in order to be totally transparent.”

In his statement, which he posted alongside screenshots of a series of email exchanges, Trump Jr. said he thought the meeting he took amid the 2016 election last June was “political opposition research” for then-Democratic candidate Hillary Clinton. He originally planned to have a phone conversation, but it didn’t work out and a meeting in New York was later arranged. “As Rob Goldstone said just today in the press,” Trump wrote, “the entire meeting was ‘the most inane nonsense I have ever heard’.”

The email exchanges between Trump, Jared Kushner, then-campaign chairman Paul Manafort and Goldstone, a music promoter who represents Emin Agalarov — the man who arranged Trump’s meeting with Veselnitskaya — show the president’s son open to meeting for potentially negative information on Clinton, “especially later in the summer.”

Read the emails in full below: 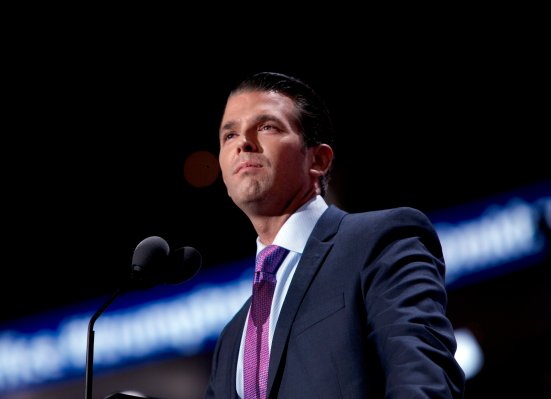