The funniest read on the internet Tuesday involves one man’s discovery that Harry Potter never turned into a flying lion.

Twitter user Shelley Zhang recently learned her friend, Chris Chappell, thought he was reading the authentic Harry Potter and the Order of Phoenix book, but he had actually been reading juicy fan fiction the whole time.

In the fan-authored story he was reading, there was redemption for Snape, copious amounts of intimate scenes—one of which involved a deceased person—and a very tragic end for Potter’s cousin, Dudley Dursley. Also of note: Ginny and angsty Draco sparked up a romance. (We don’t know why. Ask an ancient mirror.)

Any superfan would be able to tell this was one reader’s fantastic take on the original book. Namely, in the pantheon of J. K. Rowling’s published works, there are no hyper-descriptive romance scenes like the ones Chappel read. So good thing Potter acolyte Zhang was there to break the news to him.

Zhang shared the hilarious text messages to the endless delight of the internet. Sharing funny texts is something of a tradition online, though it doesn’t necessarily mean this highly amusing conversation truly went down—but it is great.

Commenters generally found the whole exchange to be a hilarious, and a few of Zhang’s tweets even got more than 3,000 likes.

Behold the joy in full length below.

In this faux version, Harry Potter was much more forward and there was a devious “rat guy.”

Graco was not a thing. No, not ever.

For whatever the beloved series was missing in a soap opera department, boy did this fan fiction deliver.

Here’s where it really hits him.

And the sobering truth rained down on him like bad butter beer.

There was a dose of sex education.

A goat was disrespected and Harry got big.

Apparently, in this version, Harry takes flight and it’s glorious.

He’s just been living a lie.

The authority on all things Potter couldn’t help but have some fun at his expense.

A comparison to the Bard was necessary.

Quick. Someone give this guy a fantasy book deal. 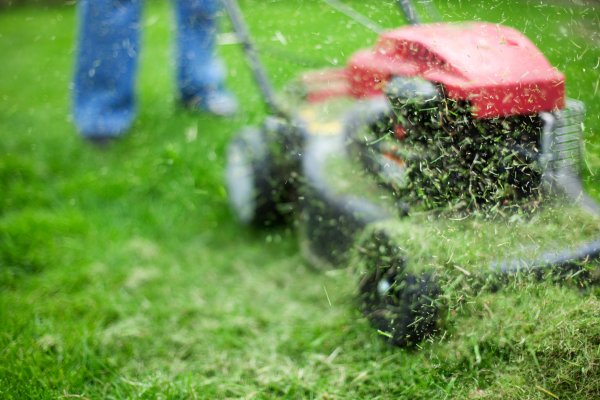 Viral Lawnmower Man Stayed True to His Name in Parade Outing
Next Up: Editor's Pick