If you’ve been saving up for an Xbox One S or PlayStation 4, now might be the time to splurge — if you’re an Amazon Prime member.

The company’s self-created shopping holiday has officially started, which means all sorts of items from clothing to kitchen appliances and video games are on sale. Here’s a look at some of the best video game deals so far, including discounts on consoles, games, controllers and more. Amazon will be releasing deals over the course of the day, so check the company’s website for new offers.

Although it’s not usually part of the bundle, the deal’s webpage says Prime Day buyers will also receive a digital code for The Last of Us Remastered and several digital comics through Comixology.

Amazon is slashing a decent chunk off the price of its Xbox One S bundles. A 500GB console with a white controller, rechargeable battery pack, charging cable, and digital versions of Recore, Halo 5, and Forza Motorsport 6 will cost $239.99. That’s considerably cheaper than its usual $368.92 price on Amazon.

Shoppers can also opt for a different bundle deal that includes a 1TB Halo Wars 2 edition console with the same games and accessories as the previous package, but also includes Halo Wars 2: Ultimate Edition, Halo Wars 2: Definitive Edition, and a Halo Wars 2: Season Pass. This option will cost $289.99 compared to the $417.90 regular price.

Razer’s Blade Stealth laptop is available for $1,299.99 on Prime Day, a $300 cut from the list price and $100 cheaper than what Amazon usually charges. This configuration includes 512GB of storage, a 12.5-inch 4K UHD display, 16GB of RAM, a 2.7GHz Intel Core i7 processor, and an Nvidia GeForce GTX processor.

Although Razer is known for its powerful gaming systems, the Stealth is more appropriate for gamers looking for a sleek ultrabook that can function as their primary laptop and can also run lighter games such as Minecraft.

PC gamers may want to check out the massive discounts Amazon is offering on these two Razer mice models. The Razer Naga Hex V2 MOBA, which comes with a seven-button thumb grid with mechanical keys, is $39.99 instead of $72.99 on Prime Day. The Naga Chroma MMO model, with 12 programmable buttons, is on sale for $39.99 instead of $61.99.

Amazon is selling Sony’s PlayStation 4 controller for slightly cheaper this Prime Day, with all colors listed as $39.99. Prices on Amazon usually fluctuate between around $46 and $51 depending on the color.

Nintendo’s classic brawler for its handheld console is on sale for $25.46 on Prime Day, a 25% cut off Amazon’s regular $29.99 price and a more noticeable drop from the $39.99 asking price at GameStop and Best Buy.

Ubisoft’s hack-and-slash fighter costs just $46.62 for the PlayStation 4 and $29.99 for the Xbox One, while GameStop charges $59.99 for a new hard copy or digital download of the game.

More gear and games will be discounted on Amazon later today, including sales on Final Fantasy XV, Overwatch, and Tekken 7 along with many others. 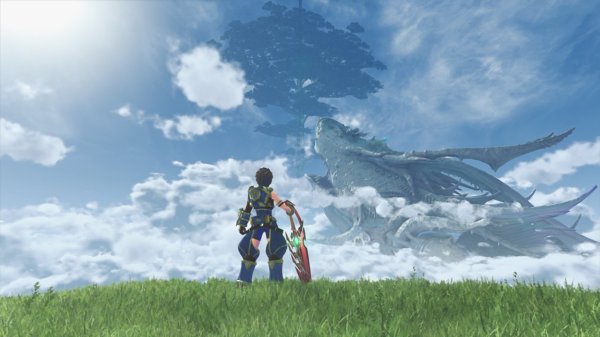 Why Xenoblade Chronicles 2 Has A Tetsuya Nomura Character
Next Up: Editor's Pick