4 Men Went Missing in Pennsylvania in the Last Week. Here’s What to Know

Four Pennsylvania men have gone missing in the last week, prompting an extensive investigation from local and state authorities, along with the FBI. The men, all between the ages of 18 and 22, went missing over the course of two days in Bucks County, a suburb of Philadelphia. Authorities have said foul play is suspected in the missing cases. Here’s what to know about their disappearance.

Who are the men who disappeared?

Jimi Tar Patrick, 19, was the first to go missing. Patrick was last seen at about 6 p.m. on Wednesday in Newtown Township, and did not show up at his job the next day, the New York Times reported, citing authorities. The next two men to disappear were Mark Sturgis, 22, and his friend Tom Meo, 21, who were last seen around 6 p.m. on Friday. Neither men arrived at their construction jobs the next day. The Times reports that their cellphones went straight to voicemail when dialed. The fourth person to vanish was Dean Finocchiaro, 18, who was last seen in Middletown Township around 6:30 p.m. on Friday.

What has the investigation found?

The search for the four missing men led authorities to scour a breadth of farmland in Solebury Township, which is located about 30 miles north of Philadelphia. Authorities searched the farm after a signal from Finocchiaro’s cellphone led them there, the Times reported. Law enforcement officials searched the 68-acre farm using a “ton of investigative resources,” Buck County District Attorney Matthew Weintraub said in a news conference on Monday. According to the Times, police also found Sturgis’ car at an outdoor shopping mall.

Weintraub, when asked if foul play was involved, said during the news conference: “It sure would seem so.”

“We’ve been treating this from the outset as a criminal investigation and nothing has deterred that from this point,” he said. “We are not sure what we are going to find there, but we are pretty confident that the investigation is proceeding in the direction that we believed that it would.”

In a news conference on Tuesday, Weintraub said about 40 or 50 people are searching more than 90 acres.

Are there any suspects?

Not yet. Police on Monday arrested Cosmo DiNardo, 20, whose family owns the farm in Solebury Township that authorities searched. DiNardo was arrested on an unrelated gun charge, the Associated Press reported, and authorities have not called him a suspect in the disappearances.

DiNardo is a person of interest in the investigation, Weintraub said on Tuesday. He also confirmed that DiNardo’s parents own the farm, which is the main search site.

The AP, citing an affidavit procured by the Bucks County Courier Times, reported that DiNardo was accused of having a shotgun and ammunition in February, even though he has a history of mental illness that has included voluntary commitment. DiNardo was held on $1 million bail in Bucks County Jail.

The Times reports that police searched DiNardo’s home in Bensalem, which is about 30 miles from his parents’ property. 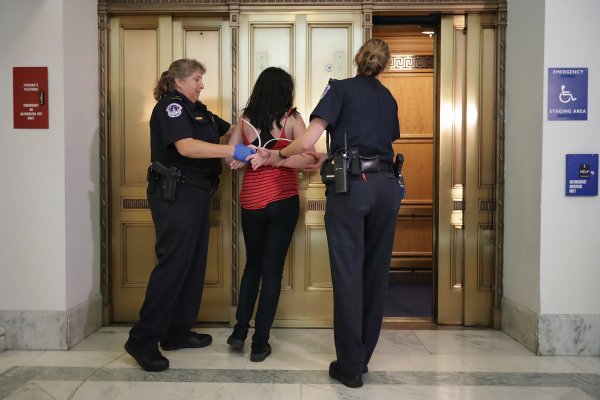