Muppets fans, prepare for a change: the puppeteer who voices legendary green amphibian Kermit the Frog has swapped over. In the beloved character’s illustrious 62-year history, only two actors have delivered Kermit’s delightful lines, creator Jim Henson and Muppets mainstay Steve Whitmire, who took over Kermit and Ernie duties on Sesame Street in 1990 after Henson passed away. But now, performer Matt Vogel will take the helm as the man behind the banjo-strumming green felt puppet.

After sharp-eyed viewers of recent Muppet Studios productions noted that characters usually voiced by Whitmire seemed to be missing from the latest lineup of Muppets content, fan blog Tough Pigs confirmed with Disney that Whitmire had departed from his longtime role, and that Vogel will be taking over as the Kermit performer. They did not provide a reason for the change, and Whitmire has not stated anything publicly as of yet.

Previously, Vogel — who joined Sesame Street in 1996 — has voiced Kermit’s evil doppelgänger Constantine in the 2014 Muppets Most Wanted film, so he clearly has some practice at the iconic role, although that outing required a Russian accent. He’s also performed dozens of other Muppets characters and puppets, including Baby Big Bird. He will feature as the new Kermit on next week’s installment of the Muppets Thought of the Week, Disney further noted.

Whitmire, who’s 57, has been a much-loved staple of the Muppets franchise over the years, having started with the company back in 1978 and even originated popular characters like Rizzo the Rat. 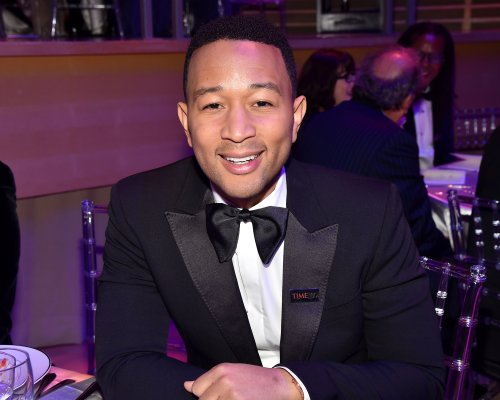 All John Legend Needs to Achieve 'EGOT' Status Now Is an Emmy
Next Up: Editor's Pick