Having a Sense of Purpose May Help You Sleep At Night

How well you snooze at night has a lot to do with how you spend your days; sleep quality has been linked with everything from diet and exercise to electronic screen use. Now, a new study suggests that something a little less tangible may play a role, as well. People who have a strong purpose in life tend to sleep better through the night, with fewer symptoms of sleep apnea and restless legs.

Published in the journal Sleep Science and Practice, the study suggests that cultivating a sense of purpose could be a good drug-free strategy for improving shut-eye. And while the study only included adults ages 60 and up, the authors say their findings would also likely apply to younger age groups.

The researchers, from Northwestern University and Rush University Medical Center, knew that sense of purpose—defined in the study as “having aspirations and goals for the future and feeing that experiences in life are meaningful”—has been linked with numerous health outcomes, including reduced risks of stroke and disability and a longer life. It’s also been shown to improve sleep when measured at a single point in time.

To study the connection over a longer period, the researchers recruited 823 participants, average age 79, and gave them a survey to assess their overall sleep quality and the likelihood they suffered from conditions such as sleep apnea (which affects breathing and oxygen levels during sleep) and restless leg syndrome (during which uncomfortable sensations and an urge to move keep people awake at night).

The participants also answered questions to determine their psychological well-being and whether they had a purpose in life. Specifically, they were asked to rate their responses to statements such as, “I feel good when I think of what I’ve done in the past and what I hope to do in the future,” and “some people wander aimlessly through life, but I am not one of them.”

“One interpretation of our findings is that individuals with a high purpose in life tend to have better overall mental and physical health,” the authors wrote. In other words, they sleep better because they have fewer health issues keeping them up at night. Another possibility is that people with higher levels of purpose tend to engage in more healthy behaviors, such as exercise, regular doctor’s visits, and relaxing hobbies.

This finding could be especially important for older adults, the authors say, since insomnia and other sleep problems tend to increase with age. Doctors prefer to treat these issues without pharmaceuticals, when possible, and this study may suggest that having a good reason to get up every morning may help in that regard.

This study is also significant in that more than half of the participants were African-American—a group that’s often left out of scientific research, and that tends to have higher rates of sleep disturbance than their white peers. “It appears that for both African American and White American older adults, the more meaning and purpose one has in daytime activities, the better one tends to sleep at night,” the authors wrote in their paper.

Addressing sleep disorders and disturbances is vital to overall health, the authors wrote: Poor-quality shut-eye has been linked to many physical and mental health problems, including depression, heart disease, and impaired physical functioning.

The authors say the next step in this research should be to study exactly how people can find or enhance their purpose in life—perhaps through mindfulness-based therapies. If those enhancements do, in fact, improve sleep, they could be a valuable tool for improving shut-eye for people of all ages. 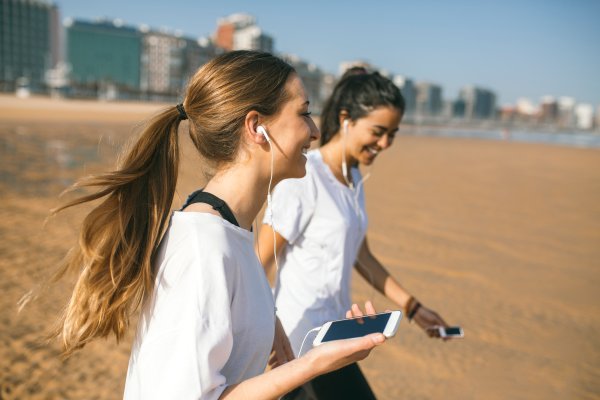 How Step Count Data Can Predict Obesity
Next Up: Editor's Pick