Life is good when you’re Harper Seven Beckham, the newly six-year-old daughter of famous football star David and former Posh Spice Victoria. It’s so good, in fact, that on your birthday you get to make a casual visit to Buckingham Palace for a tea party, replete with an appearance from a real-life princess, Eugenie, daughter of the Duke and Duchess of York.

On Monday, proud dad David documented his daughter’s excursion to the seat of British royalty on his Instagram, posting three photos of their outing, with friends and grandma completing the squad. Victoria also posted her own image from the day of Harper bedecked in an Elsa gown, from the Disney movie Frozen.

“Just to be clear this wasn’t a case of the palace opening the gates for Harper’s birthday party,” he clarified in one of the captions. “This was a tea party where us and other guests were invited, so it was a beautiful thing to do with my mum, Harper, plus a few school friends.” He noted that they were “honored” to be there to celebrate for their youngest child. The Beckhams have three other children, all boys: Brooklyn, 18, Romeo, 14, and Cruz, 12. But it looks like the boys, who have flirted with gigs in photography, modeling, and music, didn’t star in the photos of the celebration — not this time, anyway. 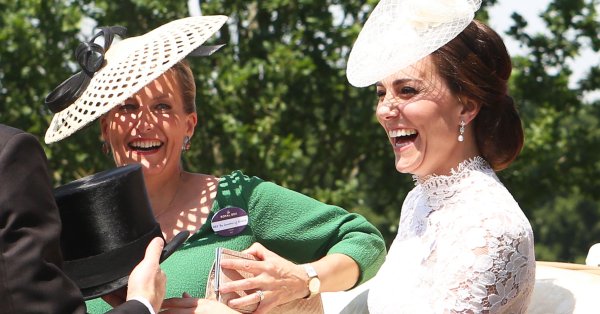