Chelsea Clinton wasted no time in replying to President Donald Trump on Monday, tweeting less than an hour after the president invoked Clinton’s name while defending his daughter Ivanka Trump.

The president was criticized after he allowed Ivanka to take his seat at the G-20 summit on Saturday. “If Chelsea Clinton were asked to hold the seat for her mother, as her mother gave our country away, the Fake News would say CHELSEA FOR PRES!” Trump wrote, implying that he was giving “our country away” with his written words.

In her response, Clinton seized on that turn of phrase. “Good morning Mr. President. It would never have occurred to my mother or my father to ask me. Were you giving our country away? Hoping not.”

Trump’s use of “fake news” in his tweet was the president’s 65th overall since being elected. 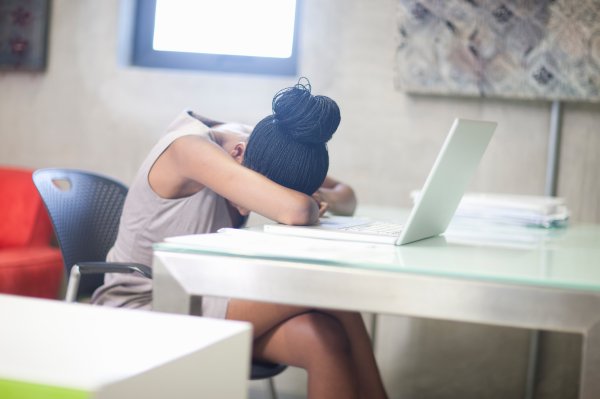 How I Handle Panic Attacks at Work
Next Up: Editor's Pick