NASA’s Juno spacecraft will fly over the planet’s most famous feature just after 10 p.m. ET Monday. It will then pass about 5,600 miles above the top of Jupiter’s clouds.

The Great Red Spot, which takes up about 10,000 miles, is a giant storm that has churned on Jupiter for hundreds of years. Scientists, long puzzled by the gigantic storm, have monitored it since 1830. Juno’s trip to the spot is the closest any spacecraft has ever gotten.

“Now, Juno and her cloud-penetrating science instruments will dive in to see how deep the roots of this storm go, and help us understand how this giant storm works and what makes it so special,” Scott Bolton, NASA’s principal investigator of Juno, said in a statement.

Juno has been in Jupiter’s orbit for just a little more than a year, according to NASA. The spacecraft launched in August 2011. 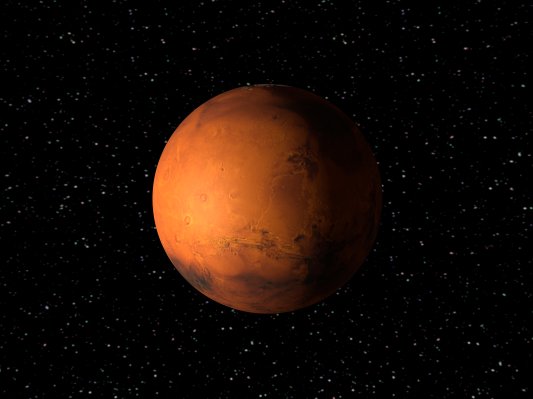 Why Life on Mars May Be Impossible
Next Up: Editor's Pick