Trump Wants to Form a Cyber Security Unit With Russia. Some Members of His Party Don't Agree

President Trump suggested Sunday that, after pressing Russian President Vladimir Putin twice about the possibility of Russian meddling in the U.S. presidential election during their meeting at the G20, which Putin “vehemently” denied, it was time for the United States to move forward with Russia, possibly working together on a cyber security initiative to combat election hacking.

But members of Trump’s own party are not so enamored with that idea.

“It’s not the dumbest idea I’ve ever heard, but its pretty close,” Sen. Lindsey Graham said on NBC’s Meet the Press when asked by Chuck Todd about the cyber security unit. “They [Russia] did try to attack our election system, they were successful in many ways, and the more you do this the more people are suspicious about you and Russia.”

Florida Senator Marco Rubio analogized on Twitter that asking Putin to work on a cyber security unit was akin to partnering with Syrian President Bashar al-Assad on chemical weapons, which he has been accused of using, but has repeatedly denied.

“While reality & pragmatism requires that we engage Vladimir Putin, he will never be a trusted ally or a reliable constructive partner,” Rubio tweeted.

And Arizona Senator John McCain jokingly suggested that Putin would be a perfect partner in this initiative, since he instrumented the hacking. “I am sure that Vladimir Putin could be of enormous assistance in that effort,” he said on Face the Nation.

Treasury Secretary Steve Mnuchin, who said on ABC’s This Week with George Stephanopoulos that the cyber security unit is a “significant accomplishment” for the President, declined to answer directly when asked if Trump accepted Putin’s denial of election interference. But Trump’s Chief of Staff, Reince Priebus, said on Fox News Sunday that the President “absolutely” did not believe Putin’s denial.

“Yes, he believes that Russia probably committed all of these acts that we’ve been told of, but he also believes that other countries also participated in this,” Priebus said. 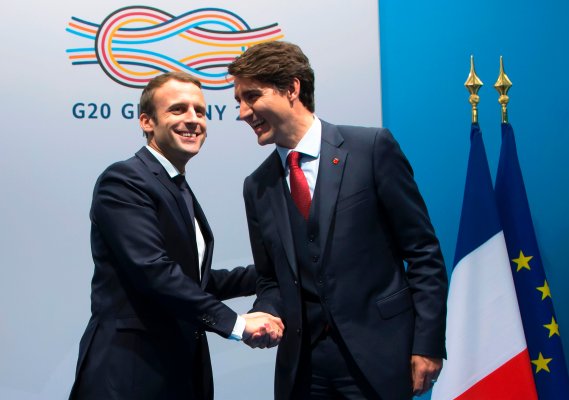