Nelsan Ellis, best known for his role as Lafayette Reynolds on HBO’s True Blood, has died at age 39.

He died due to complications from heart failure, Variety reported.

Recalled by many as talented and underrated, Ellis became a True Blood fan-favorite for his portrayal of the scene-stealing, gay short order cook at Merlotte’s Bar in the fictional Louisiana town. Though the character did not survive in the books, Ellis’s memorable portrayal of Lafayette kept him in the series, according to the Hollywood Reporter.

Ellis won a Satellite Award in 2008 for Best Actor in a Supporting Role for his True Blood role. He and the rest of the cast won the Satellite Award for Best Ensemble in 2009. In the same year, Ellis won the “Brink of Fame” award for up-and-coming actors at the NewNowNext Awards.

“We were extremely saddened to hear of the passing of Nelsan Ellis,” HBO said in a statement. “Nelsan was a long-time member of the HBO family whose groundbreaking portrayal of Lafayette will be remembered fondly with the overall legacy of True Blood. Nelsan will be dearly missed by his fans and all of us at HBO.”

“Even I was watching myself and criticizing myself — I go, ‘I like that dude,’” he said. “The most intriguing thing about him is his strength and his stillness. If you watch Lafayette, he doesn’t do very much. He’s not quick on his toes unless he gets heated. He’s just in that Southern way — sort of sauntering along, being who he is, which is something I never intended. It just happened.”

Ellis had recently joined the cast of CBS’s Elementary, in which he played a former drug dealer and former patient of Lucy Liu’s Joan Watson. Ellis also had roles in films like Get on Up, The Help and Little Boxes. He played Margin Luther King, Jr., in Lee Daniels’s 2013 film The Butler.

Ellis was born in Harvey, Ill. in 1977 before he and his siblings moved to Alabama. He eventually moved back to Chicago at age 15, and joined the Marines briefly at the age of 17. He studied at Illinois State University before getting his BFA at the prestigious Juilliard School in New York City. While at Juilliard, he won the Lincoln Center’s Martin E. Segal Award for his semi-autobiographical play Ugly.

“The studies were so intense and the institution is so white, and I’m a black man from the South with a very specific vernacular and palate,” he told Backstage in 2009 of his experience there, according to the Hollywood Reporter. “I felt like an alien, and I struggled the first couple of years. But it transformed who I am as an actor and a person.”

Ellis’s co-stars and others reacted to his death over the weekend with photos and memories. 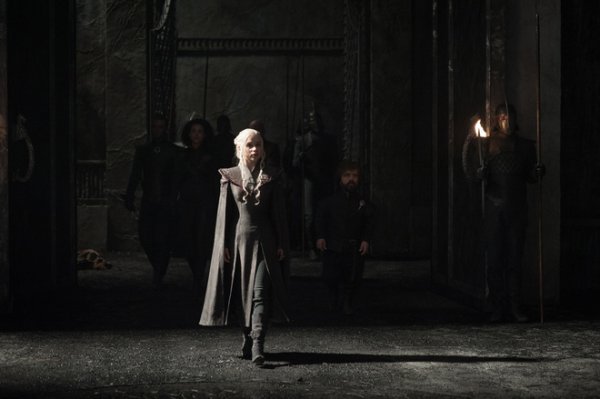