'I Pulled Down My Pants And There Was Blood.' American Vows to Run Again After Getting Gored by Bull

At least four Americans have been injured while participating in the annual Running of the Bulls in Pamplona, Spain.

Two U.S. citizens were gored Friday, and another two were gored Saturday.

Bill Hillmann, one of the men injured Saturday, said he initially didn’t realize he had been injured.

“I flew up in the air and landed on my back. I didn’t know I was gored at first,” he told the AP. “Then people started telling me I was gored and pulled me over to the medics. I pulled down my pants and there was blood.”

Hillmann, who was also gored three years ago at the San Fermin festival, sustained minor injuries, but is already planning his next run — which he said could happen as early as Sunday.

“I am probably going to run tomorrow or the next day, sure at this festival,” he said. “I am already walking.”

Some of the other Americans injured in the annual 8-day festival endured more serious injuries, including a 35-year-old man who was injured in the abdomen and another suffered injuries to his scrotum. A 22-year-old American is in serious condition after he was thrown from a bull, impaled in his left arm and then dragged.

Others were treated for injuries and spot bruises, according to AP.

The bulls came from the Cebada Gago ranch, according to AP, which have traditionally caused more injuries. They have gored 53 people since making their debut in Pamplona in 1985. 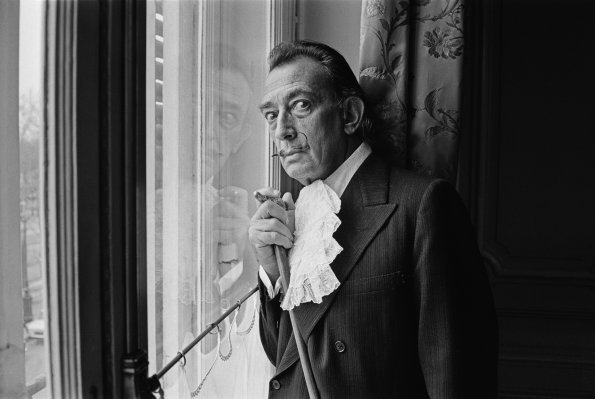 Salvador Dalí's Body Is Being Dug Up for a Paternity Test
Next Up: Editor's Pick