President Trump: Ivanka's Life Would Be Much Easier If I Wasn't Her Father

President Donald Trump has nothing but pride for his eldest daughter, Ivanka — and he confessed that he thought he made her life harder.

Shortly after Ivanka debuted a new women’s entrepreneurship fund in conjunction with the World Bank, the President made the surprisingly candid admission.

“If she weren’t my daughter it would be so much easier for her,” he said while speaking in Hamburg, Germany. “That might be the only bad thing she has going, if you want to know the truth.”

Trump also noted that he has been proud of his oldest daughter since “day one.”

Ivanka is not just the First Daughter, she is also an adviser to the President, as is her husband, Jared Kushner. She has taken on a slew of issues including paid family leave and women’s empowerment.

She joined President Trump on his trip to Germany for the G20 Summit this week — and temporarily stood in for him at a meeting Saturday about “Partnership with Africa, Migration and Health,” according to The Washington Post. She was seen seated between Britain’s Prime Minister Theresa May and Chinese President Xi Jinping. 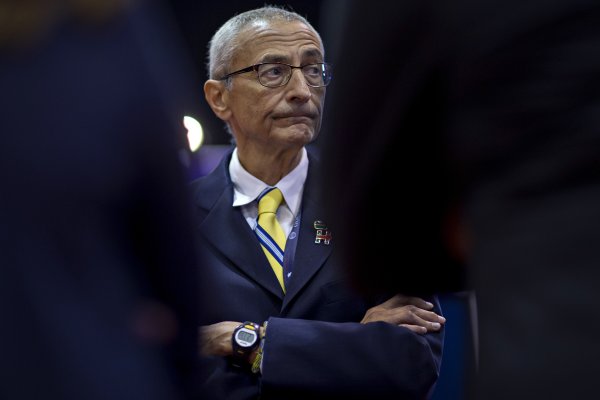 Podesta Tells Trump to 'Get a Grip' After G20 Tweet
Next Up: Editor's Pick