President Donald Trump’s eldest son, Donald Trump Jr., offered two different explanations over the weekend for why he met with a Russian lawyer during the 2016 presidential campaign. In his latest statement, Trump Jr. said he was promised damaging information about Hillary Clinton, the New York Times reported.

Iraqi Prime Minister Haider al-Abadi has declared a “big victory” over ISIS in Mosul, according to the Associated Press. The liberation of Iraq’s second-largest city was almost nine months in the making.

Nelsan Ellis, who portrayed Lafayette Reynolds on HBO’s True Blood, has died at 39, reportedly due to complications of heart failure. HBO said the actor was a “longtime member of the HBO family whose groundbreaking portrayal of Lafayette will be remembered fondly.”

Five people were gored during the first two days of Spain’s running of the bulls.

Elon Musk has revealed the first photos of Tesla’s Model 3.

Pringles is introducing a ramen-flavored chip for a limited time. 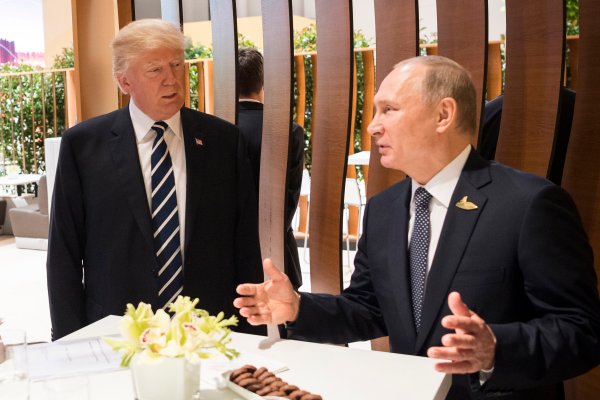