Vice President Mike Pence is shown a piece of hardware by Kennedy Space Center Director Robert Cabana during a tour of the Operations and Checkout Building in Florida, July 6, 2017.
Mike Brown—Reuters
By Ashley Hoffman

Vice President Mike Pence is learning the hard way to respect “Do Not Touch” signs.

Perhaps the rules change when you’re Vice President, because Pence pressed his palm right near the sign on the Orion clean room equipment — despite the fact that the sign was in plain view.

It’s possible the warning did not apply to him under the conditions, which is why he flew his hand so close to the sun.

Reuters photographer Mike Brown was there to capture the moment, and people are spreading the snapshot with all the jokes about rule-breaking. One user even compared the moment to viral shot of Trump touching that ubiquitous glowing orb.

Pence was there to give remarks to Kennedy’s workforce, but because the internet is the internet, his visit inevitably gave us a Reddit Photoshop battle where people really kicked the joke fest up a notch with photo editing.

Pence even got in on the fun, sharing the edited images that had been making the rounds as people had endless fun Photoshopping it.

He also explained what made him touch the NASA equipment marked “DO NOT TOUCH”: a dare from Florida Sen. Marco Rubio.

Rubio joined the conversation on Twitter, joking that he warned Pence not to break the equipment.

But NASA made a statement later letting everyone know that no apology was necessary for the contact at the center.

“The ‘do not touch’ signs are there as a day-to-day reminder, including the one visible on the titanium Forward Bay Cover for the Orion spacecraft,” NASA said in a statement provided to TIME. “Procedures require the hardware to be cleaned before tiles are bonded to the spacecraft, so touching the surface is okay. Otherwise, the hardware would have had a protective cover over it like the thermal heat shield, which was nearby.” 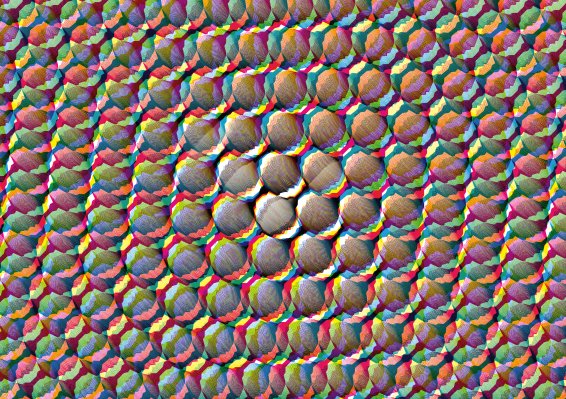 Pink and Green or Gray and Turquoise? This Nike Outfit Brings Us the Latest in Internet Debates
Next Up: Editor's Pick