Turkey's 'Justice Marchers' Are Walking to Istanbul to Protest Erdogan

After 21 days on his feet, no one could blame Kamal Kilicdaroglu for wanting to wear sandals instead of marching boots. Yet the 68-year-old leader of Turkey’s largest opposition party apologizes to TIME for his casual footwear while on a break from his march for justice. His doctor has ordered him to keep his feet healthy. And after all, there are still more than 30 miles to go to Istanbul.

Kilicdaroglu is one of several thousand protestors walking from Turkey’s capital of Ankara to its largest city of Istanbul in protest of a widening political crackdown by President Recep Tayyip Erdogan. He has been joined by more than 10,000 fellow protesters who have been compared to terrorists by government officials. During a midday break in a clearing next to a gas station on the highway east of Istanbul, Kilicdaroglu makes apologies for his exposed toes, but none for irritating the government. “When the palace is unhappy, it makes us happy,” he says.

The march is a dramatic display of opposition to the unraveling of Turkey’s democracy under Erdogan. After he survived an aborted military coup attempt in July 2016, Erdogan moved to restrict political opponents, arresting journalists, activists, and about a dozen opposition members of parliament. In April, Erdogan also won a contested victory in a national referendum to expand the powers of his presidency in a historic transformation of the Turkish political system.

The clampdown continued on Wednesday when police detained at least 11 people including the director of Amnesty International’s Turkey office during a raid on a training session for human rights activists on an island off the coast of Istanbul. The government crackdown has also expanded to engulf Turkey’s established mainstream opposition, including Kilicdaroglu’s secular Republican People’s Party (known by the Turkish acronym CHP). On June 14, authorities jailed CHP lawmaker Enis Berberoglu over charges that he leaked video footage of Turkish government trucks containing weapons headed to insurgents in Syria. He has joined 11 other opposition lawmakers who have been detained.

Although Erdogan enjoys broad support among conservative and religious voters, even the government’s most moderate opponents are beginning to feel they have exhausted their options within the system. A day after Berberoglu was jailed, Kilicdaroglu set out on the 280-mile walk from Ankara to Istanbul, calling it a “Justice March.”

“There’s no option other than civil resistance. This is a warning,” said Murat Hazinedar, the mayor of Istanbul’s Besiktas district, one of the officials joining Kilicdaroglu on his march. “Democracy is not going to function any longer. The judiciary is not functioning any longer,” he also said in an interview.

It has been a hard road. The march route winds through farm towns and obscure hamlets in the Anatolian countryside. CHP officials hoped the march would aid efforts to reach a section of the country beyond the party’s base of secular urbanites, but reactions were mixed. In the town of Duzce, a truck dumped a pile of manure near the marchers’ campsite. Their feet blistering and their bodies aching, the protesters soldiered on as the summer heat soared over 100 degrees in parts of the country. During the first week, one demonstrator died of a heart attack. His daughters joined the march the following week.

Three weeks in, the marchers are now closing in on Istanbul. TIME witnesses a throng of people in white T-shirts emblazoned with the word adalet (justice) climb an onramp to the D100 highway, the Sea of Marmara shimmering to their left. Flanked by hundreds of armed police, the crowd chanted, “hak hukuk adalet!” which roughly translates to “rights, law, justice!”

As the march has captured the attention of Turkey’s media and begun to get global traction, reactions along the route remain mixed. Some onlookers cheer. Others flash the hand signals of rival political camps: the Islamists’ four-fingered “Rabaa” salute, or the nationalists’ two-eared wolf sign. At midmorning on Thursday, a truck driver screamed abuse at the demonstrators. One marcher flung a water bottle that ricocheted off the truck’s body. On at least one previous occasion, assailants hurled rocks at the marchers.

“The people who attack us say a lot of things, but they never say ‘there is justice,’” said Oguz Kaan Salici, a member of parliament representing a section of Istanbul.

Bespectacled and soft-spoken, Kilicdaroglu is regarded by critics as lacking the cunning and the charisma to make an impact in the brutal world of modern Turkish politics. The ruling party’s response has been scathing. On July 4, Prime Minister Binali Yildirim claimed that terrorists had “applauded” the march.

The government’s rhetoric stoked fears that the march’s arrival in Istanbul could trigger a confrontation response with rival political factions or police. At the conclusion of the march, the organizers are planning a massive political rally in the city on Sunday July 9. “Hundreds of thousands in the streets may make Erdogan very itchy,” said Burak Kadercan, an expert on Turkish politics at the U.S. Naval War College in Rhode Island. “If that happens, all bets are off,” he adds.

Kilicdaroglu told TIME he was not negotiating the terms of his entrance to Istanbul with the government. “We will walk into the city,” he said. “We’ll exercise our right. It’s not the government’s blessing to give.”

The CHP leader has faced criticism in the past for failing to mount an effective opposition to the crackdown, even as the government jailed other members of parliament. In May 2016, members of Kilicdaroglu’s party supported a ruling party measure to strip members of parliament of legal immunity. The vote paved the way for the arrest in November 2016 of at least 11 members of the pro-Kurdish Peoples’ Democratic Party (HDP), the third largest bloc in Turkey’s parliament. It was that same measure that permitted the arrest of the CHP’s Berberoglu in June.

In an attempt to broaden the demonstration’s appeal, CHP officials chose to stage the march without any visible use of the party’s logo. Nationalist, Islamist, and Pro-Kurdish officials have expressed support for the demonstration. Nevertheless, CHP supporters dominated the crowd on Thursday. At one point along the march, a tiny contingent of supporters of the HDP walked alongside them. One suggested that the pro-Kurdish demonstrators did not feel entirely welcome. “If they really wanted all the opposition here, it would be much bigger,” said Hasibe Yazdik, 40, a local HDP official from Istanbul’s Sultanbeyli district.

After breaking for lunch on Thursday, the marchers assembled into ranks on the highway as they waited for Kilicdaroglu to take his place at the front. They stood in their thousands in the midday sun, rows of black-clad police lining the road ahead. In the clearing on the right side of the road, Kilicdaroglu stepped out of his support vehicle, dressed in a crisp white shirt and white cap. The crowd chanted and whistled as a police cruiser chirped its siren. Surrounded by an entourage and ringed by a cordon of police, he strode fast onto the highway, and the march set off again, heading west to Istanbul. 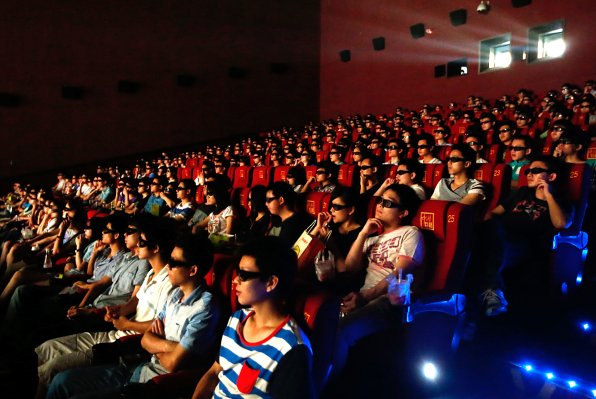