The Catholic Church, long damaged by sex abuse scandals, is facing a fresh crisis following the laying of charges of child sex abuse against one of its most senior clerics, the Australian cardinal George Pell.

The 76-year-old Pell, who as the Church’s treasurer is the most senior Vatican figure to be charged with sexual abuse, returned home to Australia from the Vatican early Monday, where he was met at Sydney airport by police. He is due in a Melbourne magistrates court on July 26 for the hearing of charges that he has strenuously denied.

“I have been completely consistent and clear in my total rejection of these allegations,” he has stated. “News of these charges strengthens my resolve, and court proceedings now offer me an opportunity to clear my name.”

Pell’s return has inspired mixed feelings among the Catholic faithful. On a crisp winter Sunday in Sydney, many gathered for the 9:00 a.m. Holy Solemn mass at St Mary’s Cathedral. It was Cardinal Pell’s seat of power when he was the eighth Archbishop of Sydney, and before he left for Rome in 2014, when Pope Francis appointed him to head the Secretariat for the Economy at the Vatican.

At the back of the church, India Mitchell-Fletcher, 20, genuflected as tourists wielding selfie sticks took discreet happy snaps in front of stained-glass windows. A devout young Catholic from Melbourne, she was optimistic that the Australian Catholic Church would survive the scandal, saying that younger devotees would help “bring the Church together.”

Another devotee, David Body, a middle-aged tourist from the New Zealand city of Auckland, welcomed the Australian church’s efforts to root out “a few bad eggs.” He was keen to differentiate pious rank-and-file Catholics from the Church’s troubled-plagued hierarchy, saying “There’s a bit of a culture of succumbing to temptation, and we have to clean it up.”

Read More: Why Sex Crimes Should Have No Statue of Limitations

That’s an understatement. Australia has been the location of some of the global Church’s worst child sex abuses, with an astonishing seven cent of priests in the organization between 1950 and 2009 having been accused of child sex crimes. It’s not much better in the U.S., where researchers found that from 1950 through June 2015, 5.6 per cent of the 116,153 priests there were accused of child sexual abuse.

Wherever it has taken place, the molestation of children has long proved one of the Catholic Church’s most damaging and intractable problems. Investigations into pedophilia and physical abuse among Irish clergy have revealed thousands of victims over decades, with four Dublin archbishops found to have effectively turned a blind eye to cases of abuse from 1975 to 2004. In the States, the Church has been embroiled in a series of child sex scandals involving as many as 100,000 victims. In 2007, the Los Angeles Archdiocese paid out $660 million to 508 victims of clerical abuse — the largest such settlement.

Against this backdrop, many see the Pell affair as representing a severe crisis in Pope Francis’s papacy — a blow not just to the pontiff’s reformist ambitions but to the Church’s efforts to overturn its public image as a sanctuary for sexual predators. Others ask why the Pope elevated Pell to such a key role, even though the cardinal has long been dogged by allegations about his management of child sex abuse claims in Australia.

Barney Zwartz, a senior fellow with the Centre for Public Christianity, a Sydney think tank, describes the impact of the Pell affair on the Vatican as “huge, a tidal wave, because he’s easily the highest ranked prelate that has been charged in this way.” He adds that the scandal has also given credence to critics of Pope Francis, who accuse him of being too slow and ineffective in acting on child sex abuse.

Vatican watcher Austen Ivereigh, a contributing editor at the Catholic news site Cruxnow and author of a biography of Pope Francis, told TIME that “the departure of one of the cardinals key to the pope’s reform is obviously a major blow, and if Pell turns out to have abused and, perhaps just as significantly, to have systematically lied, it would, of course, be shattering.”

It would also spell the end of Pell’s glittering rise from an Australian bush town — he was a priest in his hometown Ballarat from 1973 to 1983 — to his present position as third-ranking figure at the Vatican. (Along the way, he has served as both Archbishop of Melbourne and Archbishop of Sydney.)

Australian investigative journalist Louise Milligan is author of Cardinal: The Rise and Fall of George Pell — a book that contains new allegations of sexual abuse against Cardinal Pell. She paints a picture of a complex, divisive figure who rose through the ranks through a mix of brilliant administrative skills, a knack for cultivating powerful friends within the Church and without, and a public image as an intellectual and social conservative.

“He has always been marked out for greatness, even from the beginning, right back from the time he was in school he was seen as the boy-most-likely. He was on every committee and debating team, he was great at sport, he was academically gifted, and he was handsome.” In the deeply Catholic, former gold rush town of Ballarat at the time, Milligan says, “he was a superstar” and “a mover and shaker, and ambitious, and rose through the ranks quickly.”

Pell was helped, she says, by his doctrinaire Catholicism — a conservatism that found favor with previous popes John Paul II and Benedict. “They shared his kind of conception about faith. He was coming through the ranks at a very opportune time,” Milligan tells TIME.

Pell also understood the power of the publicity, setting out to build “this kind of television persona — he was the quotable quote man on the issue of the day, whether it was abortion, euthanasia, female priests, whatever, he would pop up everywhere.”

Such views made him a darling of Australian conservatives but not former Labor Party Prime Minister Julia Gillard, who announced a royal commission into child sex abuse in 2012. Pell had been successful in staving off such an inquiry until then. David Marr, a liberal Australian political commentator and author, says “it was the first political defeat George Pell ever suffered. But it was a big one.”

Perhaps Pell’s biggest Achilles heel was his “uncongenial” personality, Marr says. As times changed, and Catholic dogma fell out of step with an increasingly progressive and multicultural Australian society, Pell’s conservatism came across as cold and unresponsive. Milligan says he became “almost like a pantomime villain — people boo and hiss.”

Meanwhile, the Church’s position as one of the most powerful institutions in the country have sent the shock waves generated by the scandal far and wide.

The Catholic Church is the biggest private employer in Australia, with 180,000 employees. It reportedly owns $76.5 billion worth of properties and other assets, and makes a staggering $11.5 billion a year from its businesses, particularly education, health and welfare services.

Brian Coyne, editor and publisher of progressive religious online forum Catholica, tells TIME that the Pell affair represents “a moment of opportunity for the Church. With a divisive figure in the spotlight, “the hope is that this is going to be a turning point, and that the Church will be able to reinvigorate itself in this country.”

For Australian abuse victims, a reform of the Church would be a relief and may embolden more child victims of clerical sex abuse to come forward. Victim advocacy groups are already reporting an increase in public inquiries since the charges were announced. Phil Nagle, who was abused by a priest in Ballarat in the 1970s, when Pell was episcopal vicar for education, told TIME that regardless of the outcome of the court case, the high-profile nature of the defendant represents a new chapter in legal accountability for victims seeking justice. “So yes, I think there will be survivors coming forward,”

“I had one lady call who was abused in a Catholic orphanage and she is very, very happy … For a lot of elderly [raised in residential care], their perpetrators are long dead so they will never see them brought to court.” But Sheedy explained that such people are now “absolutely ecstatic because they feel like the highest office bearer in the Catholic Church has been charged [and that means] that even the powerful [will be called to account].”

Coyne, however, says most Australian Catholics have become almost immune to the scandals after years of bad news.

There is certainly a defensive air at a local Catholic church in suburban Miranda, in Sydney’s south — far away from the pomp and glory of St Mary’s. Here volunteers sit in a back office counting parishioners’ donations. When asked about Pell, an instant chill falls over the gathering.

“No one wants to talk about him,” says one volunteer afterwards. 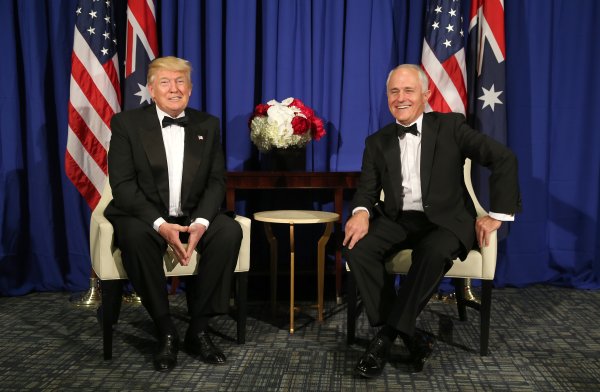