Bernard Tomic of Australia plays a forehand during the Gentlemen's Singles first round match against Mischa Zverev of Germany on day two of the Wimbledon Lawn Tennis Championships on July 4, 2017 in London, England.
David Ramos—Getty Images
By Joseph Hincks

Wimbledon is known for rain stopping play, strawberries and cream, and the occasional on-court tantrum. But players at this year’s British Grand Slam have racked up some of the largest fines since tournament records began — and there’s still about a week left to play.

This week, Australia’s Bernard Tomic was fined $15,000, the second highest recorded financial penalty in Wimbledon’s history, for “unsportsmanlike conduct,” according to Australia’s ABC news. (The largest, $20,000 was doled out to Italy’s Fabio Fognini in 2014.)

Tomic’s fine was imposed after the 59th seed — who limped off court at the end of his straight sets loss to Germany’s Mischa Zverev — admitted he had faked a back injury. He also said that he’d been bored during the match.

“You know I wasn’t mentally and physically there, with my mental state to perform and I don’t know why,” he told reporters soon after. “But I felt a little bit bored out there to be completely honest with you.”

Russian Daniil Medvedev has also been hit with three separate fines, totaling $14,500 The Guardian reports. He racked up two of them for insulting Portuguese empire Mariana Alvez, and a third for tossing coins at her chair.

Petulant outbursts are not always detrimental to tennis players’ legacies. Seven-time Grand Slam champion John McEnroe racked up more than ten fines over the course of his storied career. Outbursts included calling a Czech opponent a “communist bastard” and a notorious tantrum in which he screamed “You cannot be serious” at a Wimbledon umpire he also called “the pits of the world.” 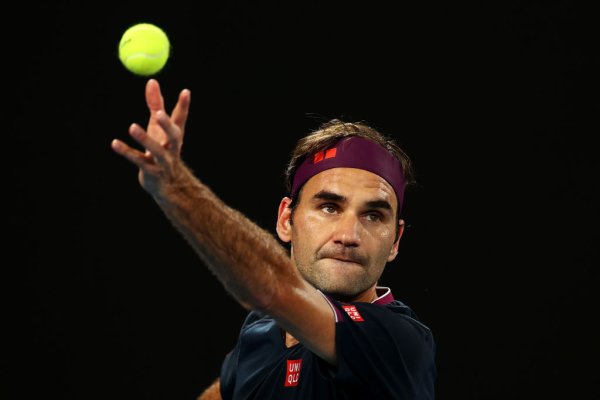