‘If Not Us, Who’s Going to Do It?’ Parents Fight for Fraternity Changes After Son's Penn State Hazing Death

Evelyn Piazza, center, seated with her husband James, right, and son Michael, left, speaks during an interview on Monday May 15, 2017, in New York.
Bebeto Matthews—AP
By Katie Reilly

The parents of a 19-year-old student who died in a fraternity hazing incident at Penn State this year say they have an obligation to do what they can to prevent “another tragedy.”

Jim and Evelyn Piazza will be in the courtroom Monday morning when a preliminary hearing over their son’s death resumes. Eighteen fraternity members face charges, including hazing, involuntary manslaughter and aggravated assault. The hearing will determine whether there’s enough evidence to send the case to trial.

The Piazzas, who said it has been difficult to hear “gory details” and see photographs of their son’s condition, left the courtroom last month while video footage showed Tim Piazza stumbling and falling, striking his head after consuming what authorities described as a “life-threatening” amount of alcohol.

His death fueled calls to dismantle the Greek system altogether and led Penn State to unveil a set of fraternity reforms. The Piazzas have become advocates, demanding stronger action from Penn State and calling for hazing legislation at both a state and national level.

“If not us, who’s going to do it? We’re going to wait for another tragedy?” Jim Piazza said. “I feel like we have an obligation.”

Penn State ended the self-governance of the school’s inter-fraternity council and announced initiatives that included a zero-tolerance policy for hazing involving alcohol or physical abuse and a delayed recruitment and pledging process. The university did not set a timeline for when the changes would take effect, but in June appointed an advisory group to focus on the reforms.

“Penn State’s new measures, which include an unprecedented transfer of responsibility to the University for disciplinary matters and stringent sanctions for violations, focus on student safety as the number one priority,” the university said in a statement, calling Tim Piazza’s death “heart-wrenching and incomprehensible.” “The issues involved in this tragedy are national in scope, and we are trying to find a better and more sustainable path for fraternities and sororities.”

Jim Piazza criticized Penn State’s response as insufficient. “It was a little bit of a masquerade,” he said, adding that he had hoped to see more concrete changes to fraternity supervision and punishment.

“Greek life as it exists today is absolutely wrong and absolutely cannot go on as it has been,” he added, “and the university’s administration needs to stop turning a blind eye to it.”

In the meantime, he said incoming freshmen shouldn’t be afraid to “raise your hand and let the administration know” if they’re being mistreated or if something “just doesn’t feel right.”

Evelyn Piazza — who described her son as a “kind-hearted, funny, smart guy who loved deeply and was fiercely loyal” — said she wants students to know their worth. 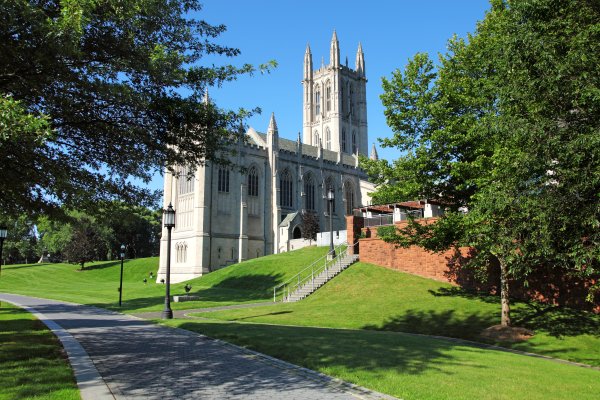