President Trump took his agenda promoting what he calls American “energy dominance” on the road at the outset of his second foreign trip, with a pitch for Europe to buy America’s abundant natural gas.

The message offers a direct challenge to Russian President Vladimir Putin — whose country supplies much of Europe with natural gas — in advance of the pair’s highly anticipated meeting on the sidelines of the G20 summit in Germany on Friday.

“We are committed to securing your access to alternate sources of energy,” Trump said in a speech in Warsaw, “so Poland and its neighbors are never again held hostage to a single supplier of energy.”

Administration officials have suggested in recent weeks that American natural gas can help build bridges with the country’s European partners as Trump continues to pursue an agenda largely unpopular across the Atlantic. Russia supplies some of the countries in the region with more than 75% of their natural gas, leaving them vulnerable to Putin’s whims.

Read More: President Trump Says He Wants ‘Energy Dominance.’ What Does He Mean?

Russia has used its natural gas supply as both a political and economic tool. Export revenue from the state-owned natural gas company Gazprom helps fund the government budget, while the company has cut off the gas supply to neighbors amid conflicts.

Trump has been pitching America’s natural gas production and exports with more fervor than the Obama administration had, as part of Trump’s effort to boost the American oil, gas and coal industries. But while the Trump administration has approved several natural gas projects since he took office, his move toward exporting natural gas has largely been a continuation of a trend that began under Obama.

The U.S. has been a net importer of natural gas for decades. More recently, exports have grown thanks to the shale boom of the last decade, which opened up vast supplies of the energy source once thought unreachable. Developers have built new liquified natural gas (LNG) export terminals to ship that resource around the globe, with the first one opening last year.

The first U.S. LNG shipment to Central Europe arrived last month, and the U.S. is expected to become a net exporter of natural gas by 2018 as more natural gas export terminals open, according to the Energy Information Administration (EIA), a federal government agency.

Trump administration officials have highlighted the resource and suggested it will play a key role in building international partnerships. Energy Secretary Rick Perry went so far last week as to say the U.S. could make up for the animosity generated by exiting the Paris Agreement by providing cheap natural gas to other countries.

“We are in a position to be able to clearly create a hell of a lot more friends by being able to deliver to them energy,” he told a crowd at the Department of Energy.

Whether natural gas can create international goodwill remains to be seen. The resource is abundant in the U.S., and Trump would be unlikely to take any action to limit exports — no matter who he may want to reward or punish. 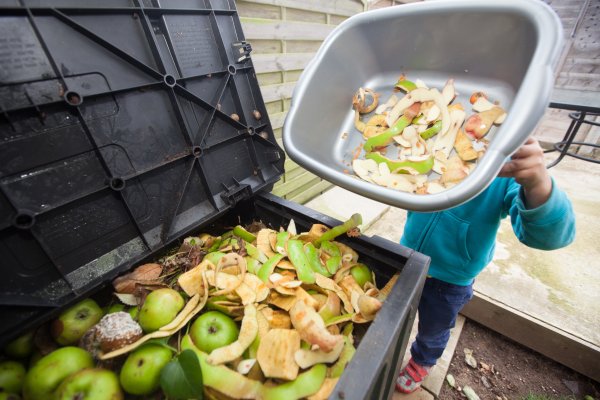 How Your Food Waste Could Eventually Power Your Home
Next Up: Editor's Pick