Donald Trump in Poland: Does the West Have the 'Will to Survive?'

During his trip to Poland, President Donald Trump gave a speech to a crowd in Krasinski Square praising the country’s spirit, while addressing the need to “preserve our civilization” in the age of terrorism.

“The fundamental question of our time is whether the West has the will to survive,” he said Thursday. “Do we have the confidence in our values to defend them at any cost? Do we have enough respect for our citizens to protect our borders? Do we have the desire and the courage to preserve our civilization in the face of those who would subvert and destroy it?”

“We’ve reiterated our enduring bond,” Trump said. “We’ve never been closer to Poland, I think, than we are right now.”

Trump also praised Poland for reaching its financial NATO benchmarks and doubled down on his message to protect Article 5, which is NATO’s mutual defense commitment.

The President also noted that Poland is buying medium-range Patriot missiles from the United States.

The speech in Warsaw comes before Trump heads to the G20 Summit, where he will meet with other world leaders, including Russian President Vladimir Putin.

Trump also took time to comment on Russia during the speech, criticizing some of the country’s foreign activities.

“We urge Russia to cease its destabilizing activity in Ukraine and elsewhere,” Trump said, and its support for hostile regimes including Syria and Iran.”

However, he earlier said that “nobody really knows” if Russia or other countries meddled in the 2016 American Presidential election. 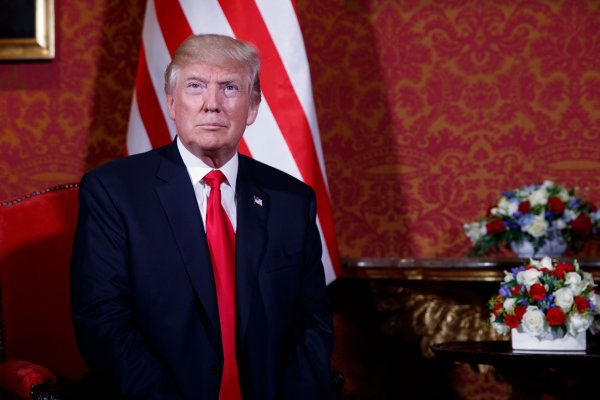 President Trump Says 'Nobody Really Knows' If Only Russia Interfered in U.S. Election
Next Up: Editor's Pick