Blac Chyna‘s attorney is investigating which legal actions can be taken against Rob Kardashian after he posted numerous explicit photos allegedly of his ex-fiancée on social media.

“I am exploring all legal remedies and protections available to my client at this time in attempts to best advise her on how she may want to proceed,” Walter Mosley said in a statement to PEOPLE on Wednesday evening.

Early Wednesday morning, Kardashian, 30, took to Instagram to blast his ex Chyna, 29, in a series of extremely graphic and expletive-ridden posts, which have since been taken down. Chyna responded to the onslaught of messages in a since-deleted Snapchat post, alleging that Kardashian hit her. (Neither Kardashian nor Chyna has responded to PEOPLE’s request for comment regarding the allegation.)

In another post, Kardashian shared a screenshot of an alleged text conversation between himself and “the dude Chyna got caught cheating on me with.”

And in another highly graphic post, Kardashian shared a screenshot of an alleged text conversation between himself and Chyna, which included an alleged photo of Chyna’s exposed genital area.

Kardashian went on to allege Chyna uses drugs and posted two more explicit nude photos, which have since been taken down.

In addition to posting the explicit photos on his Twitter feed and Instagram account — which has since been shut down — Kardashian has “sent people over to her house to pick up things that don’t even exist,” says a source close to Chyna.

“There needs to be boundaries set as it’s currently getting out of hand,” says the source.

A second source close to the reality star said that she is the victim in this situation: “She’s had to have a new phone number every month and constantly has to change her number. While everyone is writing stories and thinking it’s fun gossip, it’s actually dangerous.”

According to a legal expert, Kardashian could be subject to criminal charges for posting the explicit photos of his ex.

She added that “the allegation of infidelity does not give someone the right to seek revenge in such a devastating way.”

Kardashian and Chyna’s roller coaster relationship began in January 2016, when the two went public with their romance. The pairing initially raised eyebrows due to Chyna’s complicated history with the Kardashian-Jenner family: Chyna shares a son with Kardashian’s sister Kylie Jenner‘s former boyfriend Tyga, and is also best friends with Amber Rose, an ex of Kanye West, who is now married to Rob’s sister Kim Kardashian West.

Kardashian proposed to Chyna in April 2016, and a month later, they announced they were expecting their first child. The two welcomed their daughter, Dream Renée, last November. PEOPLE confirmed the two had called off their engagement in February, and in the months since, the status of their relationship has remained unclear, though the two appeared to have been on relatively good terms. 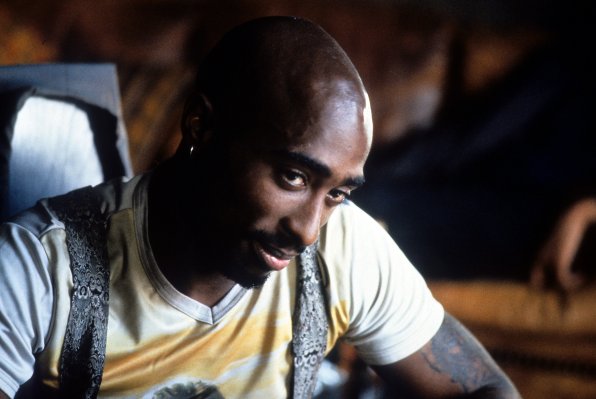 A Letter From Tupac to Madonna Is Up for Auction
Next Up: Editor's Pick