Behind the Epic Time-Lapse of Fireworks Over Los Angeles

Fireworks still on your mind? This time-lapse video from Los Angeles should help.

Creative director and photographer Dylan Schwartz (@dylan.schwartz) posted up at the Mount Wilson Observatory on July 4 and waited for the sky to light up. From that vantage point (altitude: 5,715 feet) he could see the entire L.A. basin.

In a brief phone interview on Wednesday, Schwartz, says he first tried this out with a few friends last year. This time, he went in with a bit more preparation.

“Everything is spread out in L.A.,” he says. “To really see what L.A. does for the Fourth of July, you have to see the whole thing.”

Schwartz, along with his wife and studio manager as well as two friends, got to the site at around 5 o’clock with four cameras. It took about two hours to set up before they began rolling at 7 p.m., close to an hour before sunset, then wrapped up at about 10 p.m.

One of the cameras, a Sony a9 fitted with a 70-200m lens, captured a wide shot of video and stills throughout the three hours. Another camera was dedicated to video and two others shot still frames of various locations every few seconds. From there he could see Pasadena, downtown L.A., Long Beach, Beverly Hills, USC and Santa Monica, among others. The resulting composite mixes together some of the best scenes from throughout the night. The image below gives a sense of the scale to what the group could see, versus what the video shows.

At home an hour later, Schwartz began wading through the exhaustive 250GB of video and stills. He worked on it for three or four hours, then put the finishing touches on it when he woke up, making for about six hours of editing.

Schwartz, 40, a Sony ambassador with a history in the advertising industry, launched an independent creative studio called kissd that focuses on social-savvy content for brands, from social media to television commercials.

Asked if there was an a-ha moment, or when he knew he captured gold, Schwartz thought back to when the group was about to wrap. “We were about to pack up and leave but the Dodger Stadium fireworks lit up — it happened at one point but then it really kicked on — and our cameras were actually perfectly trained on that spot. If it came on five minutes later, we might have missed it, but we got lucky,” he says. Looking back at the video, he marveled: “What I captured is just one slice of it.” 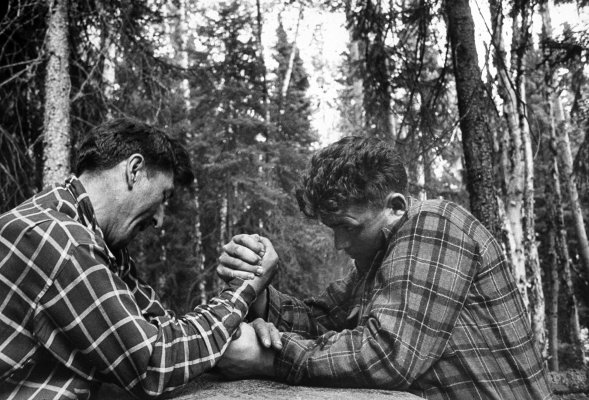 Celebrate Canada Day With the 'Strong Man of the North'
Next Up: Editor's Pick