Rob Kardashian could be subject to criminal charges for posting a series of explicit photos of his ex-fiancée Blac Chyna to social media on Wednesday, a legal expert tells PEOPLE.

The since-deleted photos – some of which Kardashian re-posted multiple times as they were removed from the website – showed Chyna’s nude body. Alongside the images, Kardashian accused Chyna of infidelity.

She adds that “the allegation of infidelity does not give someone the right to seek revenge in such a devastating way.”

Goldberg – who does not represent Chyna or Kardashian – says that California, where both parties reside, has “very, very strong non-consensual pornography laws.”

If charged, Kardashian could face up to six months in jail and a fine, says Goldberg.

She notes that Kardashian could also be subject to civil action, should Chyna chose to pursue a lawsuit against her ex. “Blac Chyna has the ability to take matters into her own hands and sue him,” says Goldberg. “And to get a restraining order against him and to seek damages herself – that’s a very empowering tool for victims.”

When it comes to potential damages that Chyna could receive, Goldberg says, “We are talking about millions upon millions.”

The situation is obviously magnified because of the duo’s celebrity, says Goldberg, who notes that every single one of Kardashian’s nearly 10 million Instagram followers can download or screenshot the photos, and re-post them.

She adds that Kardashian’s claims of infidelity are also irrelevant should he be arrested.

Kardashian and Chyna first began dating in January 2016, and got engaged that April. A month later, they announced they were expecting their first child. The two welcomed their daughter, Dream Renée, last November.

PEOPLE confirmed the two had called off their engagement in February, and in the months since, the status of their relationship has remained unclear, though the two appeared to have been on relatively good terms. 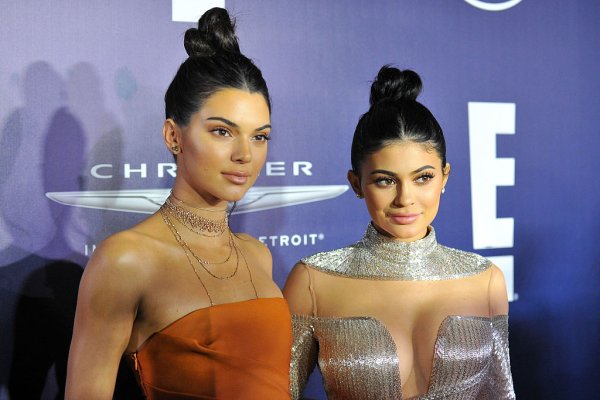 Arcade Fire Just Trolled Kendall and Kylie Jenner With Their Own T-Shirts
Next Up: Editor's Pick